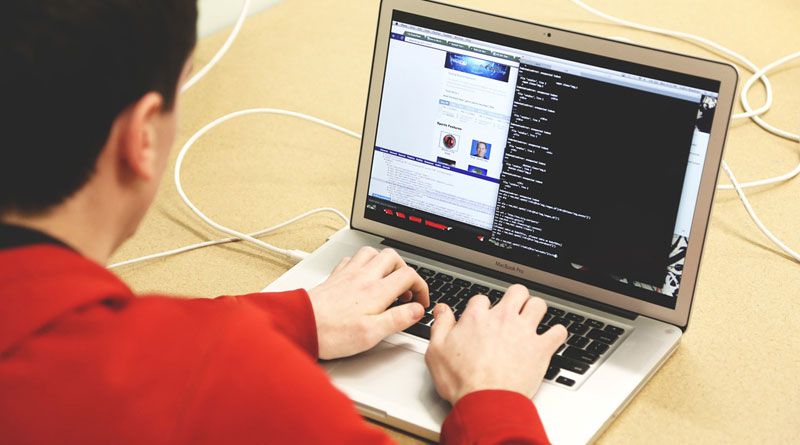 JavaScript based frameworks are exceptional for developers to code applications. Here is a comparison on the two most popular JavaScript frameworks.

The epic battle between React and AngularJS is not yet resolved. The exceptional features of both of the frameworks have helped garner the attention of developers who are now the loyal users. It is thus impossible to predict the popularity of one over another.

As both of the frameworks have their own enriching community, we try to find out the features of both frameworks to know more about the same. JavaScript has grown extensively well in the past few years and so are the related frameworks. They are both advanced and widely adopted used to create single-page applications. Here is a preview on what makes these languages so popular among users.

Let’s Have a Comparison First Prior to Diving Deep into the Core Functionalities: 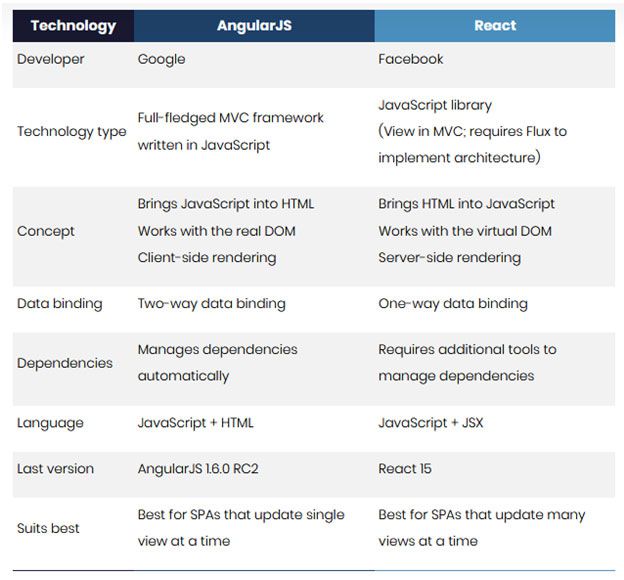 Angular is quite large owing to a number of possibilities including performance. Angular relies on two-way data binding and the concept is based on “dirty checking”, which is a kind of mechanism that may result in a laggy application. In addition to this, Angular creates some shortcomings when it works with DOM. Angular offers changes in the real DOM in the browser.

You may like:  Best Android Frameworks to build your Mobile App in 2022

In comparison with mature frameworks, React works on the concept of virtual Document Object Model, which is one of the advantages for it. When any HTML document is loaded, react works to create a light DOM tree from JavaScript objects in order to save the same on the server. Moreover, when users input any value in the browser, the server find dissimilarity between the values and thus rebuilds the virtual DOM once again. All the work is done on the server and thus it lessens the entire server load.

Directives in AngularJS are there in order to organize the code around the DOM. while working with AngularJS, the access to DOM is possible only through directives. Moreover, it sometimes gets difficult to understand the syntax for making private AngularJS.

React does not allow division into directives/template. It is mandatory to write the template logic in the template itself. The approach of defining template along with logic at one place is much better for the developers.

AngularJS is generally used to set up adequate processes, to introduce the standards of quality in order to prevent the errors that may remain in the application. This is quite handy for the developers.

You may like:  5 Tips for Using Virtual Technology for Your Business

The main purpose of React library includes responding to the requirements and specs even before it is launched. This is to make the application worth useful for the users and the developers.

Both the JavaScript based frameworks are quite enriched with their features and functionalities. And for the same reason every JavaScript app development company finds it a better option to work on both of them. Comparison wise both have some features greater than others and thus both of them seems to strike a perfect balance on weighing scale.

One thought on “React Vs. Angular: Which JavaScript Framework is Better”