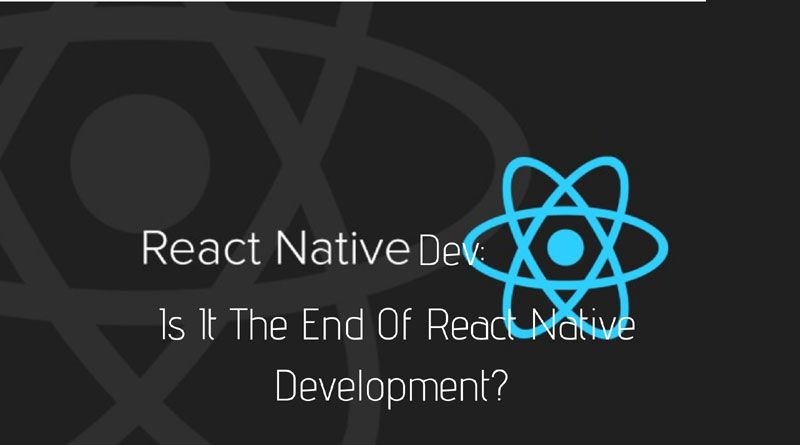 This question is a very common woman for all tech-savvy, and there is no certain answer available. The concerns of all the people regarding the react native are depicted in all the tech-blogs as well as in the social networking sites. A concrete answer to this question is probably not possible, but there are studies made regarding the performance of React in different aspects. But the fact is it cannot be certainly replaced as it has got many features which are appreciated by the developers.

What is React Native?

While the redesigning of the application was concerned, Facebook faced a lot of problems. Facebook needs something faster so that the huge traffic in the application can be handled with ease. And then the team of Facebook made an effort to bring the React into existence. Facebook started to work on JavaScript, and this is known as React.

The best part of the React is that the DOM is faster. SA it is a library, and one can inject the lightweight components anywhere. You can use the React by choosing the database. And the very thing that is appreciated in React is that the compilation of the code need not be done. All one need to do is to reload it as it is done in the case of the websites.

You may like:  Memory Management and Dynamic Link Libraries

Following are some of the reasons which make the React native:

Limitations of the React Native

There are many good uses noted in React Native, and those can also be found in the application which needs very short time support and these applications also advantageous as compared to the fast release cycle available. But still, if we investigate further into the topic, then we may note that the React is not able to prove itself a mature and stable platform. Thus it cannot be used in the long-lasting supported apps, and this can suit the applications with simple UI and animations.

Kavya gajjar is a Marketing Manager at AIS Technolabs which is Web design and Development Company, helping global businesses to grow by React Native Development Services. I would love to share thoughts on Social Media Marketing Services and Game Design Development etc.

You may like:  How Does IoT Help Fleet Management?