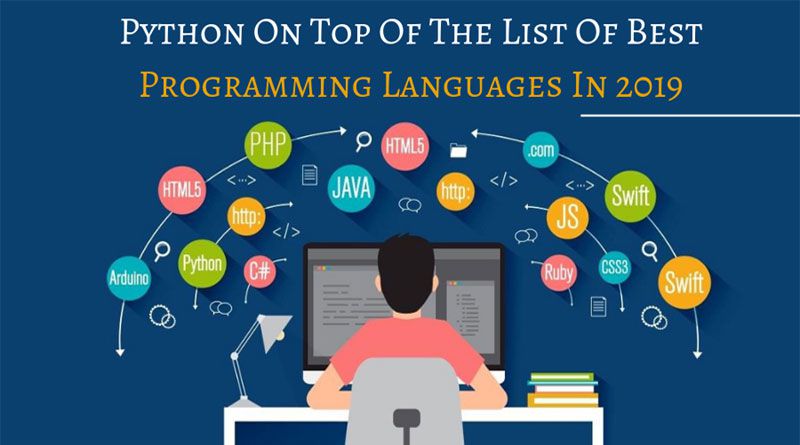 Open source Python programming language is one of the most popular and free thing that developers can run almost anywhere.

Python developers can run the programming language on Mac OS X, Windows, UNIX, Linux, Android, and even iOS. It supports automatic memory allocation and object-oriented programming. Python is an advanced language that offers cleaner error handling and dynamic typing of data types. If a programmer wants to learn python language, he can take online course and master the language in limited time.

Here we got top reasons to learn Python –

Python is less of rocket-science and more fun and easy to grasp. Beginners can learn this language without hassle. As Python is easy to understand, it is the most famous language taught at universities.

Simplicity – Python reads like English and thus, it is simple to learn in syntax. There is no need of learning lengthy lines of code like Java or pointers like C++ or C.

Debugging – Rectification is done automatically in Python. When you use the language, it won’t annoy you with stubborn errors. Debugging in Python is easy.

You may like:  Tips To Gaining Roof Home Improvement Plumber Leads For Your Company

No Semicolons – There is no use of semicolons in Python to denote the end of a statement. Say cheese!

Data science is one of the reasons behind the interest of people to learn Python. With the emergence of Big Data, more job opportunities have been open for those who master this language. This robust and powerful language allows importing the best of AI, ML, and data science libraries and frameworks like Pybrain, Numpy, SciPy, and PyMySQL.

Machine Learning and Artificial Intelligence go hand in hand along with data analysis. Python development company empowers systems to read the data, determine patterns, and conclude with minimal or no human intervention. Machine Learning algorithms are made simple using several python modules like SciPy, Numpy, and many others.

Programmers who have attained Python training are the most sought after in the development world. Python is the second top most demanded skill on Angel list and by learning this language, programmers can earn highest average salary.

Python’s popularity is mainly due to its flexible nature. Developers can extensively use the language in trending areas like ML, AI, data analysis, scientific computing, mobile apps, and backend web development. Learn Python and you are good to move anywhere.

You may like:  Why Quality Assurance Is The Basic Necessity Of Business Application?

There are several ranges of libraries for python developers to use as per the need of their app development project. Flask and Django are two most popular libraries by Python which are used for backend web development.

GamePy is a gaming engine that can be used by developers to create simple games. Python is a dynamic interpreted language that offers so many opportunities. It is even considered by scientists for robotics too. PyRobot is an open source framework partnering with facebook’s AI Research and the Robotics Institute of Carnegie Mellon University. It aims to make researching for robotics less complex by offering more accessible software development environment to the developers and programmers. So, now you understand why it is considered as one of the top most programming language to learn in 2019.