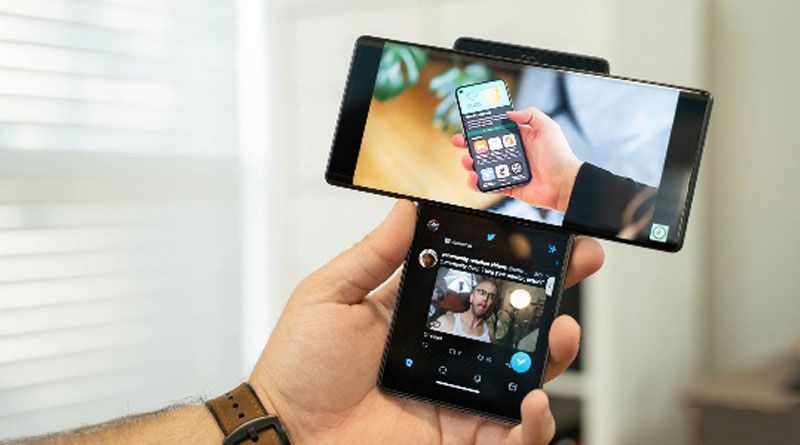 LG Wing was probably the most distinctive phone of 2020. While the design was impeccable, the software was a letdown. The poor software actually made it difficult to use which made it lose its appeal. It sold less than 50, 000 units in South Korea, the company had hoped that at least 2 million units would be sold.

A new software update, out today for the LG Wing, seems to have addressed existing issues by adding some new dual-screen functionality. The update includes the option of sending apps to the smaller screen to the main one with ease, in the previous one the process was cumbersome. If an app transitions poorly on one display, users now have the option to relaunch the app due to the restart button. The Gesture controls have also vastly improved, third-finger gestures have been enabled, allowing multiple tasks to be carried out. Furthermore, when the phone is swiveled out it resembles a standard Android device home screen with the added names. Another added feature is that users can control media for all apps on the second display while watching or streaming content. This feature is no longer limited to YouTube, Netflix can also be controlled via the second display.

You may like:  7 Creative Ideas for Halloween Party Decorations

In addition, QR codes can be directly scanned from the camera, the WIFI setup has been simplified, the color of the 5G icon has changed and an extra default wallpaper has been added. There is also a ‘Bubble Guide’ that allows users to touch and hold its thumbnail in order to have a sneak peek at the photo they just clicked. The update also includes some security patches.

LG hopes to increase sales by the following update so that they might at least meet their targeted sales. It seems like since the software issue has been solved, sales might surge.