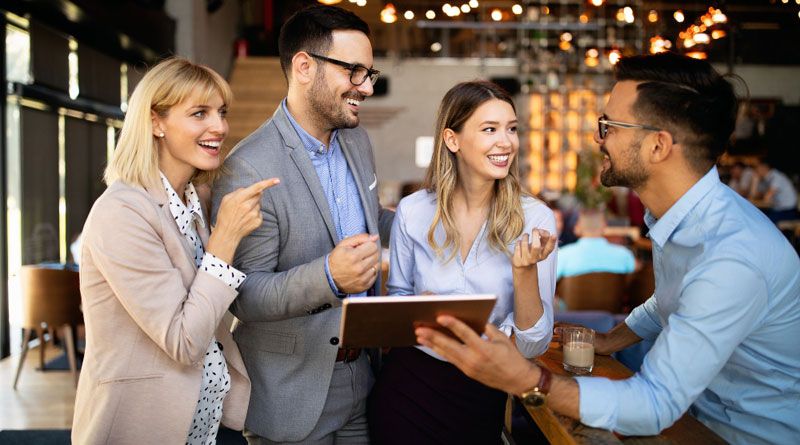 Sometimes we ask ourselves “ are we pleased in our 9 to 5 jobs? Are we really happy in our limited source of income?”  and a voice deep inside us replies that we are not. A maximum number of people are leading an unsatisfactory life simply compromising their desires and wishes for the sake of livelihood. In this rat race of competition, not many are bold enough to leave a job and invest capital and start a business that not only suits him but also would bring him a chance to gain more.

Starting a franchise outlet business may seem like a loss of monetary value in the beginning but as things would start to go uphill within a span of a few days, one may realize that he did the right thing in buying a franchise and deciding to do better than before.

Now, what is this franchise business?

It is a global branding concept based on a marketing system that is taken in by a single individual as a plan to expand his business. It’s a type of license that grants a certain individual or an organization to sell a certain branded product under his name. The owner of the product is the Franchisor and the one who has to take the license to sell the product is the franchisee.

A franchisee pays a minimal percentage of revenue to the franchisor for acquiring the license of selling his products and the authority to use the franchisor’s name, logo, and promotional features for a certain period to enhance his business and grow profits.

India is home to 4 billion people and is currently considered to have the largest market in the world. she is currently gaining a lot of importance as the earth’s one of the real fastest-growing markets and the concept of franchising has been taken in by many local and international business firms of this nation. Standing only next to China in terms of Consumer capacity and retailing, India has been a profitable home for the franchising market in the present scenario!.

India is a diverse nation both geographically and culturally and this feature is taken as an advantage by many foreign companies to enter into business with the help of franchising.

Why would you buy a franchise business in India?

Some best Indian franchise brands in the market today!

If you are thinking of which brand to franchise here is a detailed list of some of the top franchises in India that have taken the market by storm. You can try your hands on one of these most profitable franchises!

Some biggest franchise brands of the world working in India are :

There are around more than 36000 franchises of this brand all over the world and in India more than a thousand outlets are already working, earning huge profits in all the big satellite cities of the nation. McDonalds only sell patented products of its brand and use the authorized McDonald’s premises and restaurants only. That is another factor for its huge popularity in business expansion.

There are around 21000 KFC outlets all over the world including India. they usually offer an agreement of franchise not less than 20 years and the franchisors are always known to be extremely supportive to enhance the business in the franchisee country. Just like McDonald’s, they also do not provide their brand products anywhere else except their outlets which have given them an added advantage as popularity.

This is a well-famed restaurant selling ice cream and sweet confectioneries. They have more than 8000 franchise outlets all over the world selling their frozen gourmets and other products. It generates a strong effort in creating a solid relationship by providing well-equipped training and developmental features to its franchise to increase maximum profits.

This is an educational franchisement established not only in India but also in the whole world.  At present more than 550 cities are within the radar of kidzee providing strong educational faculties to almost 5 million kids all over the country. Educational franchisement has created the most profits in this country since everyone believes that every child should be educated. Kidzee trains its franchisee and other personnel most rigorously since education is the focal priority of this brand.

You may like:  Tips To Gaining Roof Home Improvement Plumber Leads For Your Company

This fast-food Italian restaurant is gaining the world by storm! This company is so in demand nowadays that around 17,000 franchise outlets are opened throughout the planet by them all running successfully gaining huge income and profits. Each unit is made to sign an agreement and is instructed to abide by all the rules of franchising this brand. The franchisor monitors each unit and its procedures for working.

They sell their customized food products which are generally healthier, tastier and more calories. Due to its nutritional value, the subway is gaining popularity day by day. They are expanding their brand globally and already have succeeded in opening 45,000 units all over the world. Their franchise outlets are mostly located in parks, airports, school locations, and other important locations of a satellite city.

Tasty savory tantalizing pizzas straight out from the Italian oven are delivered by this famous brand of food and beverages which is gaining immense popularity throughout the world. The franchisees are instructed to sell only the products of the brands and they are monitored by the franchisor directly in their style of working.  They have enhanced the fast-food business and turned it into a global market overnight by their secret recipes of pizzas and other products.

This Indian brand, although began in India, has opened outlets in whole Indian subcontinents around 490 outlets in India and more than 600 retail outlets in all metropolitan and satellite cities of the country. As a footwear industry, it has gained immense popularity and has succeeded in creating a profitable revenue each year.

Although it is still a win Indian market and just has set foot for 7 years but customers are liking its products of a variety of Mexican food and beverages. It has already opened 350 franchises serving hot delicious mouth-watering Mexican food and drinks.  Throughout the world, they have a total of around 6600 outlets and franchise stores. They monitor the franchisee closely and instruct them to provide a sale promotion of the amount of food and drink being spent monthly.

They serve grilled food and drinks in about 6700 units all over the world. They lease out a franchisement for 20 years and can extend to 10 years based on the number of profits that outlet can generate. They provide high module training to their franchisee and monitor them closely.  Although they have a lot of competitors like McDonald’s and Ben and Jerry’s and others, still they are successfully creating huge revenues each year.

Franchising will make one man independent enough to create a business of his own. With the right decision and right opportunities, franchising can guarantee one not only success but also generate more income than one has ever thought before!