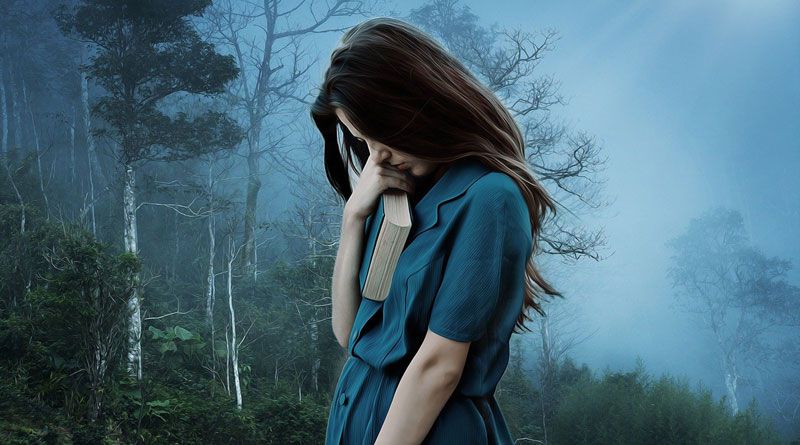 Yes it is. Journal articles  estimated that lonliness is risky to our health as smoking 15 ciggrattes a day.

Yes it is difficult. From inside you crave for someone to talk but then you can’t open up. You scream out loud but it never reaches the outer world. Words are trapped and you can’t get it out. All you do is smile and only from outside no matter how hard you try to get it out.

You don’t find any tip of your thoughts which are Tangled enough that neither you could pull it out and rescue it nor you could just throw the jolted piles of thoughts.I know how hard is that just to open up.

By the time someone say’s just share your thoughts, it has become too late. Hardly a strong source of light, a miracle would solve the thoughts with ease.

Or else the only thing that ease it away remains leaving this mortal form.Surrendering self because no more could with stand the the Tangled thoughts and don’t further want to grow in a magnificent form.

Ofcourse everyone here and there will think Was it necessary? Why did they did it ? How cwardly is that to do? Cascade’s of question arise but no answer to be given. Just an assumption of what made to take such action.

You may like:  2 Basic Knowledge To Understand Investment Firms

Here’s the thing, the ropes are never Tangled at once to the level where the only way to unravel is to cut it down where it is as useless as good for nothing but it will work if recovered. That’s how the person will be when unraveled verly lately . Or else just let the rope go as waste, terminate it.

It all starts with a small small tangles in the rope which then ignored and let it grow.That’s why there’s a necessary to keep on check with your inner thoughts, ropes clear with tangles.

Ofcourse everyone does have problem. Just make sure they are not the red flags in terms of medical triage, life theatening. Never ever do that if you find in such state because if you do that you are even taking the last hope of the person to come out of the swamp .

Being alone is a choice it can do good for one who needs but lonliness never does. It doesn’t have any face at all so u will definetly miss it.

You may like:  What Is a Lace Front And Human Hair Wig and Do Lace Front Wigs Cause Hair Loss?

It’s with the growing technology Everyone has become dependent on the internet, social media to stay connected to the one they feel close to. It has become a boon that it keeps you connected but it had become a ban as it’s limiting the circle of the person.Feel lucky if u feel you have a enough of big circle. So when the person circles people are unable to stay in contact or slowly the connection has become blurry, superficial which can happen even with the bigger circle people but surely it will take longer time than the smaller one. The person starts getting  lonely feel and nothing but the darkness that surrounds.

If you have ever noticed around the nature and current world spread of bad , negative things is occurring in faster rate than the good, positive one. So it doesn’t takes much more time to occupy your mind as well.

So check-in is the only way to keep safe of your closed one possible , don’t just wait there look and tell ,”let the storm calm down”. Till it does it’s already done,you lost them.. You can’t do anything just grief to just what happened and having many questions unanswered.

Let’s give it a try to put an end or even closer to end loneliness. It’s difficult to rescue all the troubled starfish out there on seashore but  for that one starfish it will matter.