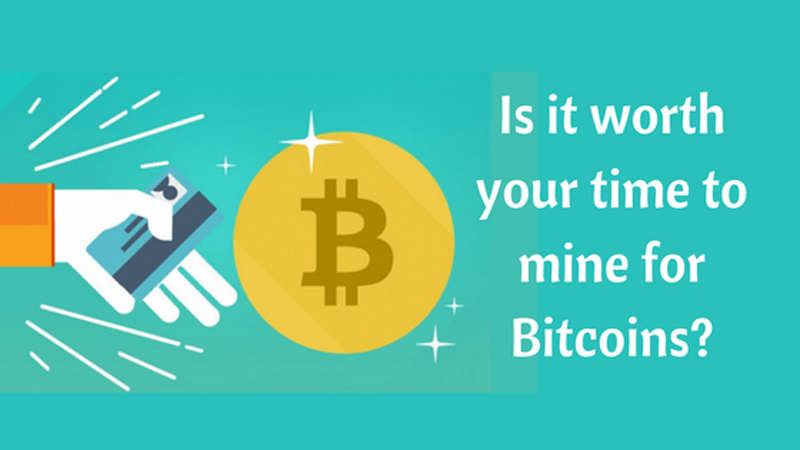 While the first quarter of 2018 comes to an end, the crypto-craze appears to have slowed down after a slump in Bitcoin prices. Bitcoin, which boomed from $950 to over $19,500 last year – has now slowed down. The prices of the currency sunk to a low of around $6000 a couple of weeks ago. In times like this, a number of people have been questioning if it is worth their time to mine for Bitcoins now.

However, to understand the profitability of Bitcoin mining in the future, one needs to take a look at the past – and understand why millions of people were drawn towards mining operations. Let us take a look at why mining was such a profitable business in the past.

Why Were So Many People Attracted to Bitcoin Mining in the Past?

Bitcoin mining, over the years, has been a highly profitable investment. With cryptocurrency prices almost on a continuous rise over the past few years, it seemed like a really good investment. Miners who had made use of the latest mining devices and set them up in countries where the electric power rates are low could easily have made millions of dollars letting their machines do all the work.

However, what really made Bitcoin mining profitable in the past were two reasons. Back in 2012 and 2013, it was possible for users to mine for Bitcoins using GPUs. In the years before that, it would even be possible to mine using a CPU! Moreover, back in those days, mining rewards too, used to be higher. For the first 4 years, Bitcoin miners were rewarded 50 Bitcoins per block solved. This reward reduced to 25 in the next four years – and has gone down to 12.5 Bitcoins these days. GPU mining consumes a lot less electricity than ASIC based mining, which was another reason why Bitcoin mining was so popular in the past.

Moreover, back in those days, Bitcoin mining wasn’t really being done at a professional scale. While massive ‘mining farms’ are being set up these days with thousands of ASIC devices mining for cryptocurrencies on a large-scale, which can mine more efficiently and with a much higher power than an average miner mining with their ASIC device.

Is Mining Bitcoins Worth Your Time in 2018?

Understanding what made Bitcoin mining successful in the previous years brings us to the question – is it worth your time to mine for Bitcoins in 2018?

Unfortunately there is no certain answer to this question. Knowing that cryptocurrency prices are highly mercurial and Bitcoin can rise and fall by thousands of dollars every hour gives it a heightened sense of uncertainty. There is no definite answer to ‘should I mine for Bitcoins’.

Before you begin the mining operations, it is essential to keep in mind that there are some costs associated with mining. While the cost of an ASIC machine may be a fixed cost, the cost of electricity consumed during mining and the cost of electricity consumed to keep the mining devices cool is an additional expense. While it is not right to count your chickens before they hatch, this proverb is not true when it comes to the world of cryptocurrencies! Tools such as Bitcoin or BTC Mining Calculator help miners understand the profitability of their mining operation before they invest a single dollar.

This question of ‘should I mine for Bitcoins’ can be compared to the other eternally-asked question – ‘is it a good time to invest into Bitcoins?’. The answer is, that nobody knows. While markets at large are very optimistic about the future of cryptocurrencies, with eminent tech personalities such as Twitter CEO Jack Dorsey commenting that Bitcoin will soon become the ‘single currency’ of the world, there is a lot of faith that surrounds cryptocurrencies.

Market analysts have predicted that while the prices may be low at the moment, they are bound to bounce back over the course of the year and attain a new all-time high. If tech experts and market analysts are to be believed, it still may not be a bad idea to mine for Bitcoins, even in 2018!

Prince Kapoor is Independent Marketing Analyst and Blogger. While not working, you can find him in gym or giving random health advises to his colleagues which no one agrees on :D. If you too want some of his advises (on health or on marketing), reach him out at @imprincekapur