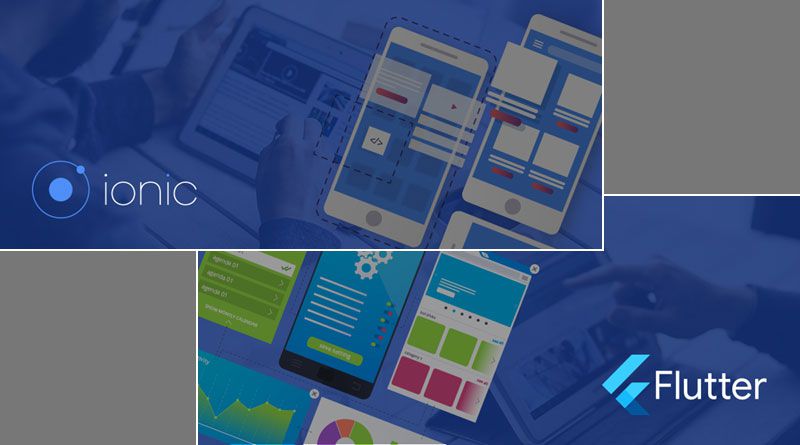 Cross platform app development is a wise decision to avoid missing a huge chunk of customer that uses another mobile operating system. As per the report by SensorTower, the number of iOS apps would rise to 5 million by 2020. This gigantic number suggests the success of Apple apps but it is noteworthy to mention that Android also has an appreciable customer base. Statista reports the number of apps on Google Play store was 2.6 million by December 2018 and is increasing with every passing quarter. These flabbergasting numbers clearly suggests the massive loss of customers if one builds only native apps, which are mobile apps build for a particular operating system.

“iOS app development would touch base to 5 million by 2020 while Android has more than 2.6 million apps revered by mobile users across the globe. This gigantic number suggests the need for cross platform app development in the near future.”

To make sure that the business reaches a large section of mobile users, businesses  prefer cross platform app development. There are several benefits of designing and developing apps that work on diverse operating systems. First of all the cost of developing apps for different operating systems is quite high and is increasing with every passing day. Beyond this, the wider reach of apps that work on multiple OS means businesses can span across these global customers who actually choose online shopping over other means of purchasing products.

Code reusability: Developed once and used multiple times, gives developers to prepare apps within a short span of time. Quick development pushes marketing to another level and thus, gives much higher returns on investment.

Incorporating cloud storage:Cross platform apps are easy to deploy on a cloud platform. Even enterprise grade plug-ins can blend in these apps to ensure global compatibility.

Limited technical glitches: There are lower technical issues in this case. This paves way for flawless mobile apps within no time.

Even the developer community chooses frameworks that offer cross platform development and support. Two of the popular frameworks for developing cross platform apps are Ionic and Flutter. While both have their own merits and demerits, we shall compare and contrast to check which one is suitable for mobile application development.

Ionic or Flutter? Which one to choose for your business?

As discussed above, both the frameworks offer advantages of quick development, lower cost of development, lesser technical errors, code reusability, cloud integration and more. Now, the question is which one is better for any business. Well, this depends solely on the kind of business set up and the approach towards going on a digital platform. Therefore, let us glance through the pros and cons of Ionic and Flutter frameworks.

“Being a young cross platform app framework, Ionic has 25,993 apps to its credit by 2019, as reported by SimilarTech. This is an achievement considering that Ionic was born in 2013.”

Ionic came into existence in 2013 and has created a niche for itself. In a short span of time, it already has 25,993 applications to its credit as per the reports by SimilarTech. This open source framework uses HTML5, AngularJS and SaaS to develop highly interactive and competitive mobile apps. It offers predefined design flexibility in the form of its UI components to create visibly stunning apps.

Ionic also offers Common Language Interface (CLI) to create apps which are highly secure. Due to CLI, these apps can be tested at any stage of development which makes it a preferred choice of mobile app developers.

Due to its native plug-ins supported by Ionic, the development process becomes highly simplified. With its exclusive library for tools, gestures and components, this framework offers feature rich apps.

Most importantly, unlike the reputation of getting poor performance by hybrid apps, those made in Ionic have the caliber to create apps that perform as good as native apps and thus generate a high end user experience.

Like any other mobile app development framework, Ionic also needs improvement in some areas. In-app navigation is still a challenge in some cases with Ionic. however, developers are coming up with technical breakthroughs to rule out the issues.

Born in 2017, this Google developed mobile development framework has gained huge popularity. Written in Dart, Flutter framework offers quick development and hot reloading capability for both iOS and Android. It has its own engine, foundation library and design plug-ins which minimize coding yet give stunning user interfaces.

You may like:  AngularJS vs ReactJS - Which one to Rely for your business growth?

With react-style framework and development tools, this framework is highly suitable to design customized interfaces, which work wonders for any business. It gives performance like native apps with smooth navigation, scrolling and more.

It offers design widgets that generate flexible and expressive User Interface. This makes it ideal for designing customized mobile apps.

It is considered an ideal framework for MVP and the Just-in-Time feature of Dart paces up the compilation and development process. Due to its OOP concept, this framework also reduces the need for lengthy code.

Dart is used by only 2% developers. This is a big limitation and makes it difficult to find the right resources for cross platform app development in Flutter.

Again, Flutter has its own ecosystem, library and development tools. For any functionality that is not available in its library, the developers need to actually code and create for themselves. This is a very time consuming process which increases the development cost and time to another level.

App size is another issue as Flutter mobile apps are normally larger than 4 MB, which is a big disadvantage at this moment. There are possibility of ruling out this limitation in the future but currently it does exist.

When compared, both Ionic and Flutter have their own merits and demerits. Categorically speaking, while the performance of Flutter is far better than that of Ionic, it is the support community of Ionic that scales much higher than Flutter.

Flutter uses only Dart while Ionic apps are designed with HTML, CSS, AngularJS and Typescript.

Speed of Flutter is more than Ionic and even performance is better in case of Flutter. However, the development time and cost are more which is a drawback.

The GUI of Ionic is developed with HTML and CSS while Flutter has its own design widgets to simplify the process of UI development.

Having said this, it is advisable to study the business model and approach for mobile development, which can help finalize any one of these two frameworks. If the concept of mobile app is known, SysBunny can guide in choosing the best framework for any business. Share Your Requirements with us to design the right strategy for cross platform app development. Give us a shout to for best mobile app development!

Can’t decide which framework to choose – Ionic or Flutter? Check the pros and cons of both cross platform app development giants and decide the best one to justify your business model.

Hemant Parmar is a one of a kind developer, gathering vast knowledge on all the technological advancements of today along with a strong business background of over 9 years of experience makes him an enthusiastic consultant in this field. Hemant is the one who finds answers for his clients to assist them with building and keep up a solid relationship in the market.