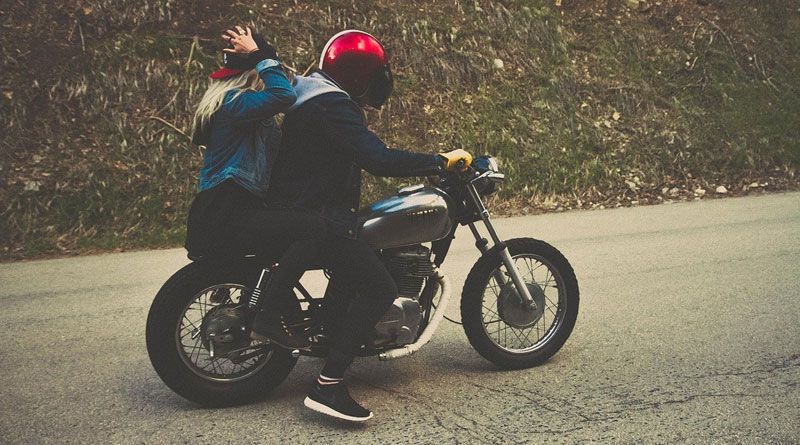 The “Look twice, save a life” stickers are everywhere, so they must mean something, right? The intent behind these reminders is to keep motorcyclists in the minds of every driver on the road.

There’s a significant reason why the rally cry of looking twice has spread throughout the world. Motorcycles are the dream possession of millions of people. But getting behind the wheel puts the driver at 29 times more likely to get in an accident than someone in a car.

And those collisions are 38 times more likely to result in the driver’s death.

Yes, some motorcycle drivers can take unnecessary risks and drive dangerously. For the most part, though, most of the people on a bike want to get where they’re going safely.

You can share the road with motorcycles and help them avoid an accident. It’s a win/win for both of you, and all it takes are these five simple tips.

There is always going to be “that annoying person” that waits until the last second to switch lanes. Don’t be the driver that refuses to let them over, especially when it’s a motorcyclist.

The general rule when driving is to stay at least three seconds behind the vehicle in front of you. The extra space gives you time to react if they slam on their brakes or are in an accident.

You may like:  Accommodation Options during your Vacation in Put-in-Bay

For motorcycle drivers, it also helps them feel safe to know a big vehicle isn’t riding too close to them. If they feel unsafe, they may be tempted to move quickly without being careful. You don’t want to be the reason they were in an accident, even if it wasn’t with your car.

There’s a blind area in almost every vehicle. It’s easier to see a big car behind you than it is to spot a bike. Since they’re fast and small, they enter your blind spots unexpectedly, too.

This “blind spot” problem is where the “look twice” slogan really takes effect. Check your mirrors at least twice before you switch lanes.

It’s easy to get upset because the motorcycle driver in front of you darted in and out of lanes. Or because the car in the next lane has had its blinker on for miles.

But when you’re a driver, you can’t afford emotions to clog up your mind. This is especially true if you know another driver around you isn’t paying full attention to the road.

Don’t get angry and become part of the problem. Emotional driving is a highly dangerous mix.

Any time you deviate from a straight lane, you run the risk of a collision. Some turns are more difficult than others, like making a left in a busy area.

Bigger cities have a lot of pedestrian and bike traffic (motorcycle and bicycle). When you turn left, you could be dealing with a crosswalk at the intersection. Be cautious with all left turns, particularly when you’re unfamiliar with the area, or it’s a heavy traffic zone.

You may like:  Tourist Attractions: 5 Top-Rated Must-See Places in Dubai

The majority of bike accidents happen because the other driver didn’t see the cycle soon enough to stop. Although a lot of bikers are trying to help by adding safety and lighting equipment to their cycle, crashes are still on the rise.

This article by JT Legal Group explains more about the possible damages that can happen in a motorcycle accident and how to avoid them.

Since cell phones and other devices have become so widespread, car and motorcycle accidents have spiked. However, using your phone isn’t the only way to be distracted while you’re driving.

A heated conversation with a passenger, fiddling with the radio station or volume, and eating are all risky behaviors.

In fact, distracted driving has gotten so commonplace that many states have dropped the “no phones” rule. They’ve replaced it with “no distracted driving.” This lets a law enforcement officer have the right to pull you over if they suspect your focus isn’t solely on the road.

Driving is a privilege, not a right, but a lot of people forget that when they get behind the wheel. At first, learning to drive is exciting and new. Over time, it becomes a means to get to your destination. We forget the dangers of being on the road, and that’s when accidents happen.

You can share the road with other drivers, including motorcyclists, safely by following these five simple tips.