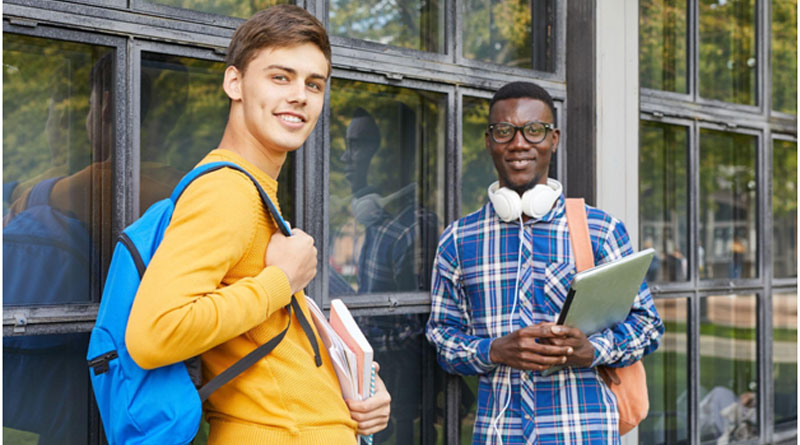 The city’s population, job opportunities, and average salary are increasing yearly. Why is this area so popular with job-seekers and career changers?

Although many people may attribute Seattle’s success solely to local tech companies such as Microsoft and Amazon, other factors have helped put Seattle and its local jobs market on the map.

Everyone needs a well-written resume that will present your skills, education and experience. So, reach out to expert in Seattle and let them do the job for you and spare you stress and time. Continue reading to learn more about Seattle and the benefits of a degree from a regionally-specific institution.

The metro population in Seattle is 3,735,216. This number has been increasing over the years. It was named the fastest-growing city in the United States in 2017 and the second fastest-growing in 2018, resulting in an overall 18.7 percent change from 2010.

Seattle’s quality of life is excellent. It ranks among the top twenty in America in 2019 for factors such as safety, buying power, healthcare, and pollution. In addition, U.S. News and Report ranked Washington as the number 1 Best State in the U.S. for 2019. They also listed Seattle as ninth on their Best Cities to Live list.

Cost of Living In Seattle

Seattle’s cost of living is substantially higher than the national average. This is common in highly populated metropolitan areas with a wide range of high-quality job opportunities.

Did you know that Seattle is more affordable than other similar-sized cities, requiring less to live in an average year than New York City, San Francisco, or Washington D.C.

PayScale shows that rent in Seattle is $2,111 per month and that home costs $673,874. However, the energy cost is lower in Seattle than in most other parts of the country because of the high number of hydroelectric power stations in Washington. It also does not charge residents personal tax to keep costs down.

Seattle’s reputation for being a rainy place is not always a positive one, but Seattle residents have many things to love about the city.

Seattle has stunning views of the Northwest and semi-local access to two of America’s top 25 most-ranked national parks. It is also known for its mild climate, which remains relatively consistent all year. Seattle’s geographic location has also impacted the city’s environmental consciousness. It was voted the sixth-greenest city in the U.S. and has been ranked as a 5-star community for its national leadership in sustainability.

The economy of Seattle is booming. It offers many jobs for those who live and work in the area and a better-than-average career outlook. The median income of residents in this city is $63,120 annually, which is $12,500 more than the national average.

The current economic landscape of Seattle is defined by a few key sectors, including:

Seattle’s technology sector continues to be a major player in the economy. Along with the tech giant Amazon, big-name companies like Microsoft and Expedia have brought tremendous talent to the region. This has allowed an already expanding industry to grow at an incredible rate. The total number of 33,000 tech jobs in Seattle has increased by 25.7 percent between 2016 and 2017. These numbers will continue to grow as Seattle is positioned as one of the most technologically advanced cities in the country.

Seattle is home to many STEM-related roles, including those in engineering, science, and mathematics, read this on more info. The number of roles in this sector has increased by 8.1% in Seattle, according to CBRE. This is a result of the city’s commercial real estate agency. This has resulted in a staggering 230,000 new jobs in the STEM industry locally, making Seattle the eighth-largest STEM cluster in America.

The oldest and most important industry in Seattle is manufacturing. The local manufacturing industry has been a major part of the local economy for many decades, led by Boeing, “the largest aerospace company in the world.” Honeywell Aerospace and Philips are other top local players within this industry. In the last 12 months, employment in this sector has increased by 56 percent.

Seattle’s tech companies have brought with them many business roles. According to the Bureau of Labor Statistics, 8 percent of all jobs in Seattle are in the financial and business sector. Next, management jobs (5.6%), sales jobs (9.3%), and office and administrative support (13.3%).

There were 55 880 jobs in Seattle’s healthcare sector in 2018. These numbers have risen due to increasing population and technological advancements. Megan Slabinski is a district president at staffing company Robert Half. She explained in a recent article that this has led to the rapid evolution and expansion of the region’s healthcare system. As hospitals and other medical facilities strive to improve their operations using available technology.

Find out more about industry-aligned graduate programs to assist working professionals in achieving their career goals.

Some organizations stand out despite the many industries that make up Seattle’s economy.

Unsurprisingly, Amazon is at the top of Seattle’s most important companies list. The tech giant established its headquarters in Seattle in 2010 and has grown in popularity and size. Amazon had approximately 650,000 employees at the end of 2018, more than 30,000, all of whom were based in Seattle. Since then, the company has been on a massive recruitment campaign, with an expected 30,000 additional job openings available in 2020.

Although the headquarters of this famous coffee chain is located in Seattle, it has 291,000 employees at 33,000 locations around the world. The Seattle location handles various business-related tasks, including sales and marketing. Starbucks is also a well-known employer. It was ranked among the top 100 employers by Forbes’s annual list in 2019. This includes being 31st in America’s Top Employers by State, 35th in the World’s Most Valuable brands, and 94th in America’s Greatest Employers 2019.

Microsoft, another Fortune 500 technology firm, has its headquarters in Seattle. Microsoft is best known for creating some of the most popular software and operating systems around the globe. Microsoft has 144,106 global employees, 51,854 working from the Washington office. Forty-five percent are engineers. “Worldwide commercial business” (or global sales maintenance and operation) is the second-highest job function at 17.9 and 15.9 percent, respectively. Microsoft’s Careers Page has open positions.

Expedia is known as the “world’s largest travel platform” and has over 20 branded websites and services. These include popular names such as Hotels.com, Trivago, and Hotwire. Expedia employs more than 24,000 people in over 30 countries. The company is moving its 4,500 employees to an iconic waterfront Seattle Campus. The company was also named among the Top Places to Work in 2019 by Glassdoor.

The popular high-end retailer is well-known for its accessory, clothing, and shoe brands. The corporate headquarters of the company are located in Seattle.

It is ranked among the top brands in the region, even though it has 74,000 employees in 40 US states and Canada. Nordstrom’s top positions are marketing, public relations, merchandising, and information technology (IT). Forbes also ranked as one of the Top Employers for Women in 2019 and Best Employers By State in 2019.

You may like:  7 Tips For Studying from Home during COVID-19

While there are many opportunities for people to succeed in any career, the city has the few most popular positions among residents.

Responsibilities: This computer science job is very popular and requires both design and development work. These roles are responsible for ensuring that the software programs developed by software developers work as intended.

Education & Training: Those with a title as a software engineer likely have a bachelor’s degree along with extensive fieldwork or a Master’s in Computer Science degree.

Responsibilities: The responsibilities of a project manager vary depending on the industry and the work they are responsible for. However, project managers generally oversee the project from conception to completion. This includes managing timelines and communicating with stakeholders—developing project scopes, managing deliverables, budget oversight, and many other tasks.

Responsibilities Operation managers ensure that the organization’s operations run as smoothly as possible. This includes managing budgets, planning, reporting, auditing, and identifying and fixing any problems.

Training & Education: Although some companies may consider aspiring operations managers with only a bachelor’s degree, many employers–especially in a competitive market like Seattle–require a master’s degree from their candidates. To acquire these skills, individuals might consider a Master of Business Administration or a Master of Science and Project Management.

Seattle-Specific Salary: Operations managers in Seattle earn an average of $65,657 annually, which is lower than the national average of $64,004.

Responsibilities: These individuals work alongside system engineers and computer programmers to develop applications that can perform specific tasks. They are comfortable working in complex systems and are familiarized with common programming languages like C++, Python, and Java.

Education & Training: A bachelor’s degree may not be sufficient to get into this field. However, due to the ever-changing technology trends, many software developers are choosing to pursue a Master of Science in Computer Science degree.

Seattle-Specific Salary: Software developers make, on average, $70,515 annually. However, Seattle has seen a rise in demand for these skills, with the average salary reaching $89,456 per annum, which is $18,941 more annually.

Responsibilities: Marketing managers oversee promoting a brand, product, or organization through sales campaigns and other efforts. This level of management must be able to supervise input from many teams, including advertising, research, design, content, and sales.

Education & Training: Most people who are marketing managers have advanced education. This could be a master’s in marketing or an MBA with a Marketing Concentration.

Seattle-Specific Salary: Marketing Managers in Seattle earn an average of $71,170 annually, nearly $7,000 more than the national average salary of $64,403.

The high salaries in top positions in Seattle sign that the area’s job market is thriving. Now you know alternatives how to find a job quickly in Seattle. There are many job opportunities in this area, and qualified people are eager to get a position at the best companies.

There are thousands of potential applicants for the same position, so local and transplant Seattleites must take the steps necessary to stand out from the crowd of qualified candidates.

These are some of the best ways you can stand out in a competitive job marketplace:

Each option can be pursued independently, but those who want to advance their careers may consider enrolling in a graduate program at a university such as Northeastern. These programs offer opportunities for networking and experiential learning. Students can also expand their career-relevant skill sets through these programs.

Suppose you are looking to strategically advance your career in a particular location such as Seattle. In that case, it is worth considering the benefits of obtaining a degree from an accredited institution in that region. Students can gain local contacts and opportunities that will help them stand out from other applicants when looking for work.