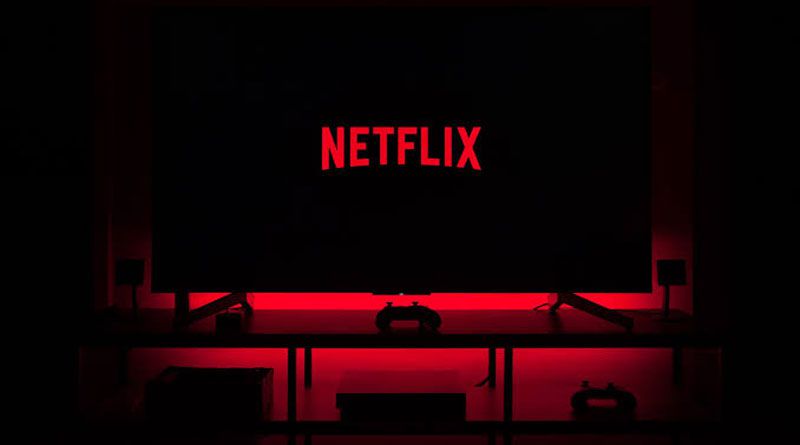 Netflix operates on the subscription based business framework. It follows a model where the TV, movie and series freaks are offered with on-demand streaming services against definite subscription plans. Over the years, Netflix has managed to become a streaming giant and it’s majorly responsible for the escalating addiction to series all around the world. Netflix has always redesigned its business model according to the trends ruling the digital streaming sector and perhaps that’s one of the main reasons behind its success. Other eminent players in the global digital streaming industry include Amazon and Spotify. The disruptive business models adapted by this industry comprises technological upgradation that ensures smooth user interface (Evans 2019), endeavours to enter untapped markets removing the geographical boundaries, and staying relevant to the needs of the customers through rigorous efforts and hard work.

Netflix has been maintaining such disruptive business models since its inception. If we take a look back at the times when Netflix wasn’t so popular, we will find that even then, the viewers had the craving for movies, series, soaps, linear, and similar modes of entertainment. They used to meet those needs by visiting theatres, through DVDs, streaming, and downloading. At that time Netflix used to rent DVDs (Oomen n.d.). Later on, in 2010, Netflix launched its streaming services and gradually, it started exploiting the technological advancements along with the improving global economy. Today, Netflix has got complete grasp over Artificial Intelligence and Machine Learning which seamlessly works on generating recommendations for the users. Customisation and recommendation has assisted Netflix in saving around 1 billion dollars. According to reports, almost 80% of the content watched by the viewers is actually results of the smart recommendation assistance (Plummer 2017). The recommendations work as game changers for breaking any set notion of the individual.

The advent of the digital age across the world and the widespread access to the internet quickly caught the attention of the streaming behemoth. As smart phones became a household name, Netflix entered every phone with their disruptive business models. After tapping into the American markets with DVD rental services, it started expanding its presence by devising the blue ocean strategy. The blue ocean strategy encourages the organisations to enter new markets which have not been invaded earlier by the competitors. It’s a risky practice no doubt, but promises stability and growth when applied properly.  Netflix followed this strategy and instead of entering a market with a known product, they came up with a completely new service that never existed before. From providing rental services it switched to a subscription based model. Then it shifted from DVDs to online streaming. Netflix identifies itself as the first ever online platform for streaming shows, documentaries, and movies. Additionally, it started entering the markets of the Asian countries where smartphone users were relatively lesser in number. But the radical vision of the organization enabled it to realise the potential of these markets well in advance. By 2012, Netflix had more than 1, 20,000 online streaming titles and a huge subscriber base of 23 million. Today, the brand has presence in 190 countries and a subscriber base of above 83 million (Pereira 2020).

You may like:  Detailed guide on Product Registration in Dubai, UAE

In 2020, the company continued to enjoy the outstanding growth rates amidst the pandemic situation when people are mostly spending their days locked up in their homes. With the onset of the pandemic situation, several governments across the world have imposed stringent norms on social distancing and as a result, stepping out or hitting the theatres have become a far flung dream for most. Not to mention, this situation has given digital streaming platforms a golden opportunity to cater to the people at large through OTT platforms, devoid of any external sources of entertainment. Even then, Netflix didn’t turn complacent and kept introducing new titles for their Indian audience. Besides, the mobile-only plan that was launched in 2019 with inferior streaming experience got upgraded in 2020 with the outbreak of the pandemic. The pandemic has significantly slowed down the Indian economy but being the second largest populous country of the world, it still is seen as a lucrative market for businesses. Netflix was already enjoying its competitive edge, now it decided to introduce a Mobile+ plan exclusively to fetch the interest of the pandemic struck Indian viewers, at a slashed price of 349 INR, only to test how it manages to meet their entertainment needs and if it’s a viable option to be practised for the long haul. Unlike the Mobile Only plan, the new Mobile+ plan will allow viewers to stream the contents from laptops and tablets as well. It is expected that this new plan will manage to expand the Indian viewer base for Netflix which is already over 5 million as of now (Jha 2020).

Netflix has the USP of launching ‘Netflix Originals’ which gives it a dedicated viewership along with a prominent competitive advantage over its rivals. The pandemic has already acquainted people with the pleasures derived at the comfort of home and there is a high chance that people will continue with this ‘new normal’ even after the pandemic is over. Thus, it can be assumed that Netflix has a promising future and endless ways to innovate and reinforce its services globally. Over the years Netflix has continuously tried and tested the strategies to find out the best one. Two most important practices by Netflix that has played vital roles in its global operations are the Blue Ocean Strategy and the CAGE Distance Framework.

Blue Ocean strategy is a steady prototype of strategic approach behind the formation of new industries and markets where demand is generated rather than fought for and the guidelines of rivalry is extraneous (Rawabdeh et al. 2012). According to this strategy, the organisation takes up the initiative to enter a market with an offering that didn’t exist before. This means there will be zero competition in the market and the organisation will be able to launch its products without spending much on developing unique strategies, extensive expenditure on marketing or hiring costly managers for planning and executing. The product will be promoted without going through the traditional barriers. However, it is a risky step and would constrain the company’s profit and growth if the targeted market doesn’t respond positively to the offering. Fortunately, in the case of Netflix, this strategy worked well since it launched its online streaming platform exactly when the world slowly got technology driven.

You may like:  How Agency Services Improve Business Revenue

The CAGE Distance Framework involves strategies formulated keeping in mind the Cultural, Administrative, Geographical, and Economic factors with the aim to minimise the distance between the organisation and its prospects. This is quite effective in global operations. The advantage of this strategy is that, while entering a different geographical market, if the organisation performs in sync with the prevailing political, cultural, and economic aspects, it will be able to make a place for itself in no time. This is why food chains like Domino’s and McDonald’s have customised their menus on the basis of the countries they are serving. Apart from this, the laws and regulations established within the region plays an imperative role in deciding the future of a business. For instance, a country that has a limited amount of a product will have to pay heavy import duties for importing the necessary items. Anyone consuming those products will also have to pay a higher price. There will be fluctuations in prices and taxes as well. So, an organisation must be prepared for all these before penetrating an untapped market because if it fails, it will be disapproved and boycotted on several levels. This might even lead to force the organisation to shut its operations in a definite region. Although Netflix has top-notch services to offer, it has faced controversies surrounding shows like 13 Reasons Why and Atypical. Netflix was also slammed for promoting gender inequality and cultural appropriation in some of its shows where it clearly intended to convey a constructive message but the audience took it otherwise (Poteet 2018).

With the vast array of services, there is nothing more we can ask for from this streaming giant. However, their services are mainly directed to a section of the population that knows technology and to an extent are tech-savvy. Reports state that the Gen Xers form almost 49% of the video streaming population worldwide followed by the Millennials (Arezina 2019). The Baby Boomers still prefer to stick to the shows broadcasted on television. The Baby Boomers are expected to form a major portion of the workforce in the U.S. and UK by 2024 (Taylor 2019). Hence, it is recommended for Netflix that if it could plan its future disruptive business models in alignment with the needs of the Baby Boomers, then it will have access to a large untapped market. Saying this, it is further recommended that Netflix should launch shows, movies, documentaries for television in order to tap into this unexplored market.

I’m an aspiring writer who has a knack for business writing. I am also into creative writing and academic writing. When I’m not writing, I’m most probably thinking about what to write next. With 5+ years of writing experience, now I’m planning to launch a book on my own life. For more interesting stuff, visit https://drippingemotions.blogspot.com/?m=1