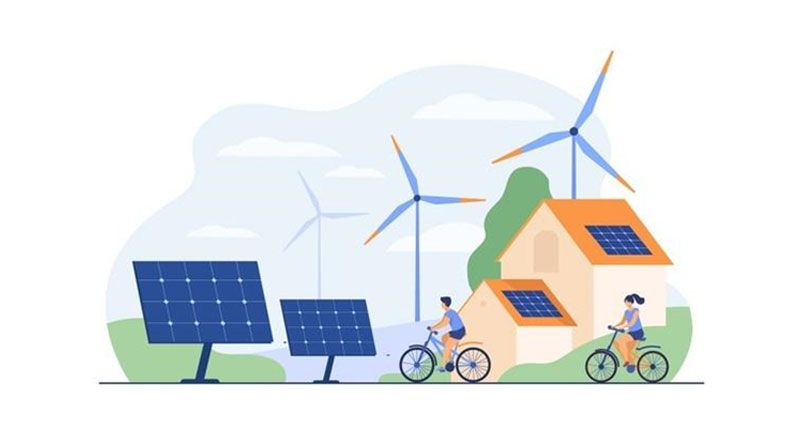 Solar panels work by converting the solar energy received from the sun into usable electric current that can power up appliances, machines, or an entire house. Since it works on light received by the Sun, it is a common question of how solar panels will work in shade, rain, or even. Given the varied solar panel price in India, it becomes all the more important to clear out any misconceptions you might have regarding the working of solar panels in somewhat unideal conditions.

What Happens If Solar Panels are Shaded Partially

Before diving deep into the effects of shade or bad weather on the solar panels, it is important to know how different solar inverters get affected by the same phenomenon.

In a string inverter, all the solar panels are connected to one inverter. In this system, the amount of electricity the complete panel produces depends on the amount of electricity generated by the shaded panel. This makes string inverters less ideal as even if some panels are receiving substantial sunlight, they will produce the same energy as the least-producing panel.

In a microinverter system, each solar panel is connected separately by installing microinverters on the underside of every panel. This is more energy-efficient than string inverters as one shaded panel won’t affect the energy production capacity of other panels.

In a string inverter system, power optimizers can be added to every solar panel to prevent one shaded panel to impact the production of other panels.

Solar panels can have reduced production if there is a thick layer of snow on the cells. A small amount of snow if not that harmful as sunlight can still pass through (but can reduce the efficiency of solar panel) and with time, the snow tends to melt as well. Rooftop solar panels are also installed at such an angle that snow slides off on its own.

However, snow is a great reflector of sunlight and a blanket of snow around the solar panel can not only increase the intensity of the radiation but can also lower the temperature around the panel as well. This in turn tends to enhance energy production.

As you might have imagined, solar panels tend to be less productive on cloudy days as compared to sunny days. A slightly less dense cloud cover doesn’t affect the energy production of a solar panel that much. Overcast conditions when cloud cover is too much can decrease the productivity of a solar panel by as much as 25 per cent.

Solar energy has two components – heat and light. While more light works in favour of solar panels, high temperatures can have adverse effects on the panels. Apart from checking the solar panel price in India, you should check its temperature ratings as well. Solar panels work best when the temperature is low and hence a cool, slightly cloudy day is better for electricity production than a hot sunny afternoon.

You may like:  Data sciences in a data driven world

While windy weather doesn’t really affect a solar panels ability to generate electricity, the accumulation of dirt and debris over the solar cells can inhibit its productivity. Poorly designed and installed panels can be affected by high-speed winds as well. If the mounted panels are damaged, the system won’t be able to generate anything.

How To Prevent Shade from Affecting Solar Production

As we have seen, shade and unideal weather conditions can drastically affect a solar panel’s capacity to produce electricity. With solar panel prices in India coming down in recent years, it becomes important to understand the weather effect on solar panels thoroughly. You wouldn’t want to invest a substantial amount of money in an installation that isn’t capable of generating electricity due to some tree shade or cloudy weather.