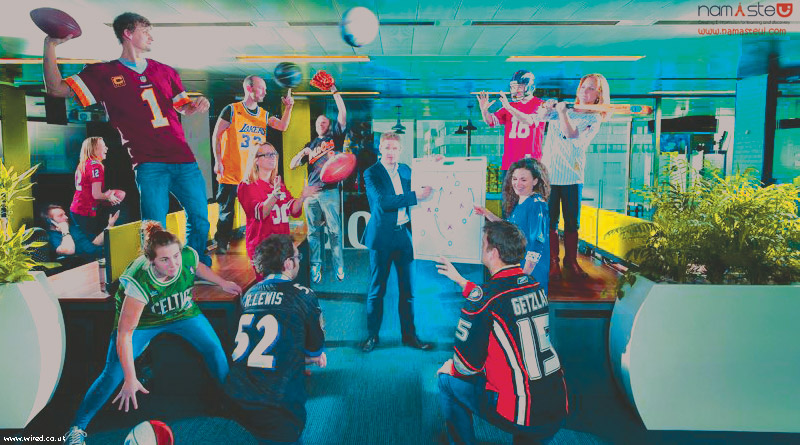 What used to be a team-building, social activity in offices and on college campuses has now become a legitimate money-maker – thanks to the development of more daily fantasy rounds. This app development agency will tell you how fantasy sports companies are forecast to become hundred-million dollar businesses through sports start-ups.

Sports media powerhouses like ESPN and Comcast Sports are lining up to make deals with the big names in Sports Start-Ups.

If you’re wondering why, just think about how many times fantasy sports are mentioned during your evening cable sports news hours. Their scripts read, “Superstar Wide Receiver will certainly get you a win tonight,” or, “Draft pick Point Guard has been in a slump so keep him on the bench.” In the eyes of cable companies, fantasy players with money on the line are eager to use every bit of these fantasy strategies to make their picks.

Fantasy sports are turning club fans into sports fans, tearing down barriers of interest between teams, leagues, and sports overall. And the market is growing. According to a report from The Street, DraftKings was projected to pay out $1 billion in prizes in FY15, placing revenue forecasts near $100 million considering their 10% cut. More recently, FanDuel, one of DraftKings’ major competitors, scored a $1 billion valuation after raising $275 million in seed funding from KKR, Google Capital, and Time Warner.

With DraftKings and FanDuel leading the way, a new league of fantasy sports competitors is making its way onto the field with a host of innovations in gameplay, format, and international reach. Here are some of the most exciting fantasy sports start-ups you should get to know.

You may like:  Need to rank for seasonal keyword?

DRAFT has a new outlook on fantasy sports. It’s a startup based out of New York that launched for Android last September after experiencing 9 months of success on iPhone. DRAFT users play in daily fantasy sports rounds where they pick their players in turns, similar to the infamous game, Words With Friends. Co-founder, Jeremy Levine, says that “instead of making a word, you’re picking a player.”

The new way to play has definitely enticed users in early phases, but will it be enough to sustain success for DRAFT?

You know the narrative: A group of kids on an Ivy League campus come up with some great tech idea. They drop out to pursue their passion, get funding from a business-savvy angel, and the rest is history. Well, the history for DraftPot has yet to be written.

Joey Levy and his colleagues believe that they will be the next Ivy League dropouts turned billionaires with their fantasy sports app, DraftPot. Levy knows DraftPot will need to be different in order to be successful, and that’s why they’re betting on unique formatting to separate themselves from the pack.

DraftPot has a Fan Mode that allows users to pick whoever they want on their team with no salary cap. It also has a General Manager mode with a points-per-game cap that correlates with player performance.

You may like:  Remote employees? 7 things to do to manage them effectively

Novice fantasy players will find DraftPot as their entry point into the world of fantasy sports gaming. The variable being whether DraftPot will be able to gain the support from hardcore fantasy sports fans that’s needed to etch a mark in the already-saturated market.

It didn’t take long for the profitability of American fantasy sports to make its way around the globe. A group of three Australian friends are hoping that their take on fantasy sports will garner the same success. Andrew Whiteman and two friends officially launched their concept in September 2015 and are hoping to make their bank by letting users pick their matchups for popular global sports: choosing players from Super Rugby and the English Premier League as an example.

As one of the first fantasy sports start-ups in Oz, FantasyKing could establish itself as a force to be dealt with, but their success hinges on their ability to be creative and draw interest from Aussie sports fans.

There’s no guarantee that these startups will find success in the market. It is known that success follows innovation, and if these startups stay committed to doing things differently or figuring out how to make their products more unique, they will certainly make their mark. Daily fantasy sports are here for the long run, and these sports start-ups are making their play.

Saarya have over 7 years of experience within the Insight Analyst Industry and Human Resource outsourcing services. Customer Experience Management delivers and manages various offshore and onsite projects in various domains with multiple technologies.