Skip to content
You May Like
Galaxy S10 lineup – all set to receiver Android 10 updates
The New Decade of Marketing: Focus on Conversion Rate Optimization
Getting Your MacBook’s Screen Fixed 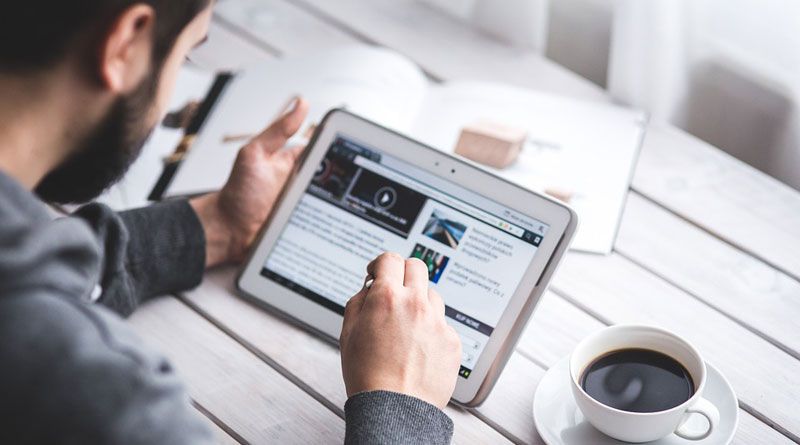 What is Ecommerce Platform?

An ecommerce platform is to ecommerce what a content management system (CMS) is to a blog site. It’s mostly the software that you use to create your ecommerce store, and most platforms will cover all of the basics, from allowing you to add and modify products and categories to tracking orders and enabling you to set up automated emails.

Now that you know what an ecommerce platform is, let’s take a look at which five platforms are the best in 2020.

Magento is our pick for the best of the top five ecommerce platforms, and we think it’s pretty obvious why. Why choose Magento? Well, for a start, it’s one of the most popular open-source ecommerce platforms on the market. In some ways, this is a double-edged sword, because it means that more people are actively looking for weaknesses, and if an exploit is found, it affects everyone. At the same time, the popularity also means that more people are working on the other side, to keep it safe and secure. There are more third-party themes and plugins, too.

It might not be the most accessible ecommerce platform to get to know to begin with, but it’s also not as cumbersome as, say, ZenCart. It’s even more feature-rich and customizable than something like Shopify, which makes it the best software overall if you’re looking for a mixture of ease of use and functionality. And while the core software is available for free, there’s also a paid enterprise version available for large companies who want a little help.

If you’re looking for something that’s ready to go out of the box and which gives you a powerful, scalable platform to grow your ecommerce business, Magento is the platform for you. And this means you can hire a Magento development company to have the best experience by using it.

Shopify seems to be particularly popular amongst people who are used to working with WordPress but who need something more powerful than a plugin to get the job done for them. It’s one of the most accessible ecommerce platforms when it comes to setting up and populating an ecommerce store, but it loses a few points when it comes to its versatility and adaptability.

It’s also worth noting that Shopify is a hosted ecommerce platform, and so you won’t need to worry about maintaining your servers or carrying out routine administration. At the same time, this has its drawbacks – if you want to carry out extensive modifications or if you’re going to set up additional security, you’ll be out of luck.

As you can probably guess from the name, OpenCart is another open-source ecommerce platform and is available in over 40 languages, including Arabic, Japanese, and Hebrew. It’s one of the more user-friendly open-source platforms, and it’s particularly useful if you want to run multiple different ecommerce stores from a single login.

You may like:  How to Optimize Your E-Commerce Pages and Improve UX?

With that said, it’s not as feature-rich as many of its competitors, and it also isn’t easy to administer from a mobile device, which could cause problems if you were hoping to run your store while on the move. Other than that, it’s a decent enough choice, but there’s not anything that makes it worth picking over one of its competitors.

BigCommerce starts at $29.95/month, rising to $250+/month for custom builds for enterprises. That might seem like an unappealing prospect when there are other, free providers on this list, but if you’re willing to splash out a little bit of cash, then you can reap all sorts of rewards, from ongoing customer service to integration with major online retailers like eBay and Amazon.

BigCommerce also offers a decent range of payment options and currently powers B2B and B2C ecommerce for over 60,000 different companies ranging from small startups to huge multinational corporations. They can be a fantastic provider, but only if they’re a good fit.

ZenCart is another utterly free ecommerce platform that offers a decent amount of customization, but it doesn’t have as large of a community as its competitors. The community that is there is passionate and will likely help you out if you get into a tough spot, but you won’t find as many third-party themes and plugins.

Another downside to going with ZenCart is that its user interface can be a little clunky, and indeed if you’re new to ecommerce then you might be better off going with something simpler. It might be feature-rich, but that doesn’t mean it’s easy to use.

You may like:  The Demand of Aluminum in Present Day and It’s Growing Market

Every ecommerce website is a little different, and every different installation has a different set of requirements. It’s your job as a website owner to identify your needs and to find the best piece of software for you. Hopefully, this article has helped. Good luck!

The New Decade of Marketing: Focus on Conversion Rate Optimization

Getting Your MacBook’s Screen Fixed

List of Ideas to Develop The On Delivery Apps

The Northern Lights – The Most Spectacular Natural Event in the World

Discover the Latest Marketing Trends at the Affiliate Summit West

The Power Of Good SEO

How to Send Fax from Google Voice, Gmail and Google Drive?

Got a tip for us? Let us know