Skip to content
You May Like
The Advantages of Event Marketing
Estimating the Value of Your Estate and Applying for Inheritance Tax – Calculate the value of your estate
How Can I Pursue a Career In Marketing Internationally? 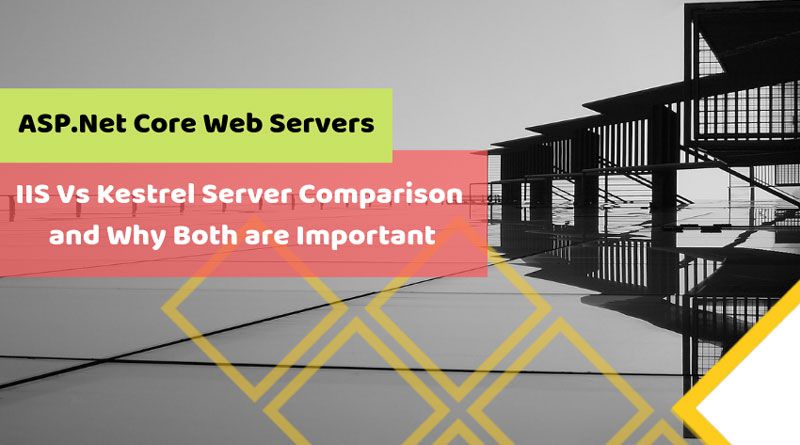 A web server is a program which allows HTTP to serve the files which form the web pages to the users, in response to their requests, which is allowed by their system’s HTTP clients. The web server of Kestrel is the latest type of web server that is given priority for the .NET application due to the fact that .Net community doesn’t have to worry about the compatibility for applications which are more than a decade old which was a big issue with IIS web server which is used as a web server for more than 15 years.

Reason for the kestrel web server to be built

The IIS web server is an old web server which has been in use for over 15 years by .Net community but the issue that came is that some applications which were built in that period were not compatible with recent technology and web services could not be used on them. Another issue was that as internet servers advanced the IIS web servers were not cope up to the speed of the internet servers making it slow, so a need for a faster web server became necessary. To do this, the .Net community used its set of previous information to create the most simple and quickest server ever possible and thus kestrel web server was born.

There are some advantages kestrel web server has over IIS web server. These are:-

You may like:  Overview of H1B Visa Program - A Lifeline of Technology Companies

Comparison of both the servers

Feature-wise comparison among the two –

The reason why we need both the servers

IIS web servers, as shown above, allows all functionality that a web server could provide while kestrel only allows limited functionality. This means if we need a lot of web services on our applications, then IIS web servers would be a better option. Another case where IIS web server would be the better option would be in case of old applications whose compatibility we know. Kestrel web server would be good in case of if we are working on a different platform such as Linux which would work better with Kestrel then with IIS. Another situation where we could use kestrel over IIS is if we need a faster web server. It is better for a user to have in case a situation as above happens he/she could follow accordingly.

You may like:  Cloud Computing and Big Data - Technological Revolutions in the Digital Era

IIS and kestrel has a lot of features and as mentioned above provides a lot of help in creating .net web applications through hire asp.net developer their features. A comparison of the two web servers also shows us how better a web server has become over the years as although kestrel allows limited functionality a lot of functionality that it doesn’t allow are ones which are not much needed in present web applications making it more useful. Another reason for why all functionality was not allowed in kestrel is that it would made the web server heavier while the goal was to make a lightweight web server and a faster one both of which would have been affected if more functionality was allowed.

One thought on “ASP.Net core web servers: IIS Vs Kestrel Server Comparison and Why Both are Important”

10 Hi-tech Upgrades to Future-proof Your Home