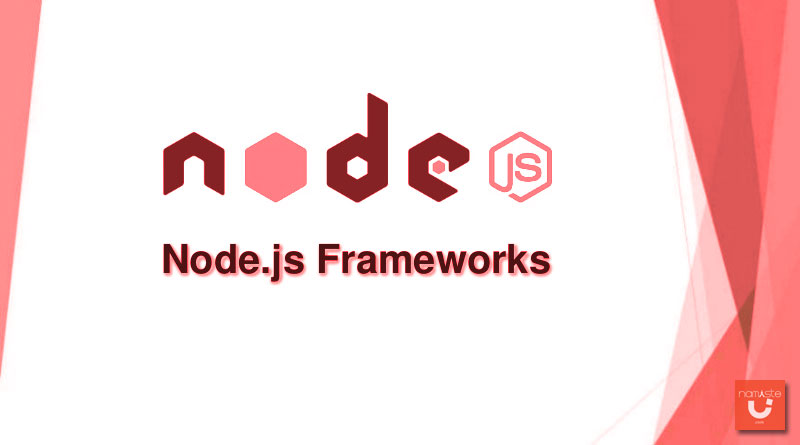 It’s not a secret that JavaScript is the most popular tool for front-end development. However, its role in the back-end development is growing as well, due to the fast Node.js growth. In particular, today JS can be used for creating the server part of web apps.

In fairness, there are many equal options for backend development and the discussions over Node.js vs Ruby on Rails are still very actual. However, in this article, we’ll leave Ruby on Rails alone and review three popular frameworks based on Node.js – Express.js, Koa.js, and Sails.js and try to find out what is the best Node.js framework.

All of them belong to the category of MVC frameworks, and all of them are cross-platform: i.e. compatible with various browsers, operating systems and types of devices.

What is an MVC Framework?

MVC in this context stands for Model-View-Controller concept. In simple terms, a model is a basic data or business logic of a web app. A view refers to the user interface, or how this data must be formatted and laid out. Finally, a controller acts like a bridge between the model and the view and transits requests between them. An MVC framework is the framework that implements the MVC pattern for Node.js.

Middleware and its Role in Node.js Development

Basically, middleware is an interlayer that connects the server part of the app and its client part (interface), or back-end and front-end. While developing apps based on Node.js, one can rely on middleware of two types: intermediaries and end elements.

The main task of intermediaries is a mere transfer of requests and responses to these requests. However, they don’t know anything about the requests’ content; they just delegate them to another level. End elements, in turn, analyze both the request and the response. They are responsible for the final result of the request.

Both types of middleware are important in Node.js development. Web apps built with the use of the proper middleware usually run faster and smoother. But how to choose the best framework? Look at our Node.js framework comparison.

The Express.js framework is marketed by its developers as a “micro” framework. It is ideal for developing small and medium-sized solutions. But despite being a small-scale tool, it provides enough flexibility and can be used for resolving a variety of tasks.

Well-known examples of web-products where Express.js was used include MySpace, Klout, and PayPal.

Koa.js is developed by the same team that had created Express.js. It is marketed as a more advanced and compact framework, using next-gen technology.

It can be used for creating a variety of small and simple applications. Koa gives a lot of flexibility – when using it you create an “empty” app, which can be easily filled with anything you want.

Sails.js is a more serious tool that can be effectively used for relatively large-scale projects, including multi-player games and other “heavy” things. It is not as lightweight as Express and Koa, and it certainly requires a higher developers’ professional level.

It relates to the category of MVC frameworks and helps to create apps based on Node.js. In some respect, it resembles Ruby and Rails (they both use MVC-based pattern as well), but at the same time, it meets up-to-date requirements of apps development: UI with versatile SOA.

You may like:  Boost Your Productivity: 5 Microsoft Outlook Tips for the Sensible Business Owner

What Framework to Choose for a Particular Project Developing?

There is no single answer to this question. The choice will to a large extent depend on your particular goals, preferences, experience in web-developing and other parameters. And still, there can be some general recommendations that will be of use for most developers.

If we compare the three Node.js frameworks, we’ll see that Express.js has some advantages over its competitors. The list of these advantages includes the following aspects:

Of course, it’s for you to decide what tools to use for web apps and sites development. It may turn out that in some cases Koa or Sails are ideal frameworks for your particular tasks resolving.

Nataliia Kharchenko is a Technical Writer at Cleveroad. It is a mobile app development company in Ukraine. We are focused on helping startups, small, and medium businesses create competitive and winning software. I enjoy bringing a digital world closer to people and writing about technology, mobile apps, innovations, and progressive management models.