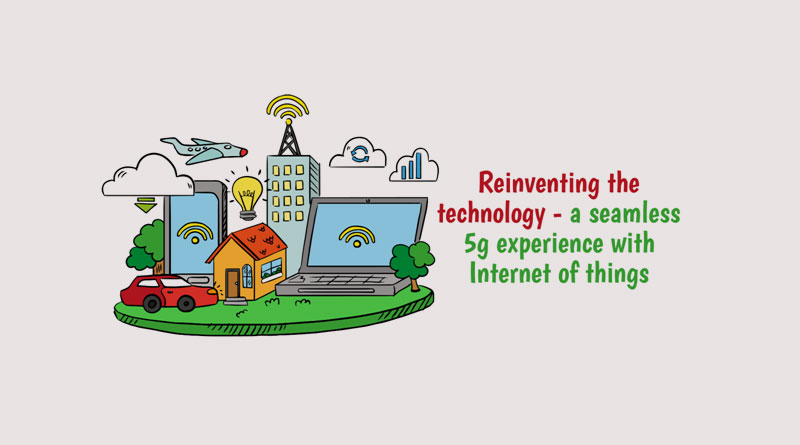 Faster Downloading, faster and just within a second! Whoaaa! A film is downloaded. That’s it! Is it what the strength of internet and technology you are expecting? If yes, you have no idea what exciting things will come along the way in near future. If you are one of the IT geeks, you may have an idea about the reach of the advanced technologies. As the title hints at the internet of things. We are here to discuss the internet of things app development in relation to the next generation internet wireless connection.

Consider a moment when you just come from watching the science fiction film and the enthusiasm you get for the strength of the technology. The very exact match to that will be your life in near future. Yes, and is all because of the internet of things that Kevin Ashton has invented.

From all of us, some might not have been knowing the concept of connected cars. Yes, about the year 2020 there will be approximately 20 million connected cars running on the roads. And there will be millions of devices connected entirely in the worlds. And to manage such devices that are super smart in need and indeed has to be discovered and aided with the seamless internet connection and so we called for the existence of 5th generation internet connection.

The term “Connected cars” is something that illustrates the life in the world of internet of things. And it is, of course nearly to the exact approximation as researched that, connected cars will be a huge industry in the near future. And it is estimated that by 2020 there will be 250 million to 380 million connected on the roads. And that internet of things devices will be enabling them to talk with each other, pedestrians and nearby devices. There will be a world of connected devices and the humans will become no less than a persona following notifications from the smart devices. The research was done by the Global Mobile Suppliers Association and it is definitely reaching the new heights for the smart mobile app development ages.

And Connected cars is just not limited to the talking with each other but managing the human activities .for an instance, finding the parking place by itself just like any prediction of an astrologer, it will be knowing the parking place. And as a tiny example, our smartphone is able to show the same thing with the Google map currently.

The autonomous cars are expected to release in the year 2021 and same as the connected cars there will be 20 million projected to run on the roads by 2035. These both connected and autonomous cars are expected to seek a huge number of data, a lot more improvisations on the current technologies and a wide range of things to manage at a time. A huge connection is gonna established between the people and smart devices and the smart devices will be working together on an internet connection at the same time with a very wide range of data and work.

As this name sounds connected car and an autonomous car is relating to the connection to the everything that is nearby to the car. And it will be along with all the functionalities that include the data and needed things, media and entertainment and the security of the people along with the smooth navigation of people. The whole scenario was explained by one of the prominent personality James Holland.

The Need arises for the 5th Generation Internet. . .

As we have seen the journey of an internet of things leading a completely automated environment for the human beings, the massive amount of data will be generated for maintaining such a large network at the same time with the numerous number of people and computers. As of now, we have 3rd and 4th generation internet connection for maintaining the data along with the mobile devices and that are just limited to manage our tasks with the massive mobile app development technology.

The current thinking is information and technology manages the websites or software and the new smart device is our smartphones. And anyone cannot think beyond a large amount of data on the websites when it comes to the internet. So the 4th generation is able to manage the data. And it is not a big deal for the 4g bandwidth. But the change that is about to come in the coming years is such an advancement that is even big to imagine just.

Back in the time, when there were no mobile phones the life was quite dumb. The writing letters or fax was the only alternative for communication. Now is the time where the world is too small. And anyone can communicate with anyone at any instance of time. The increasing rate of international studies and international visits have become possible with the aid of information and technology only. And so the 5g is indeed a required bandwidth for playing on the ground which 4th generation of the internet has prepared to do.

And the 5G is known just not for the speed as mentioned earlier (not limited to downloading just), it is required for the creation of solid structure on which the large systems can be implemented. It has a remarkable ability to move large amounts of data through the multiple networks that are core imperative for making our IoT app development thinking into reality.

Hence, the 5G internet wireless connection will be building a gap between the current lifestyle and the internet of things connected world.That is a life in which everyone one will talk including the smart devices to machines and cars to humans and systems and more on.

If you are still wondering for the confirmation dates of the 5G commercially launch, do keep your breath at rest because it will approximately take the year of 2020 to be launched commercially. The mobile app and custom software app development companies are making smart moves at the warp speed towards these technologies.

This is Rahim Makhani. As a CEO and Founder of leading Software development company, Auxano Global Services I would like to share my knowledge and views on the upcoming technologies. We are prominent app development company specializes for the quality product and delivering our services across the world.