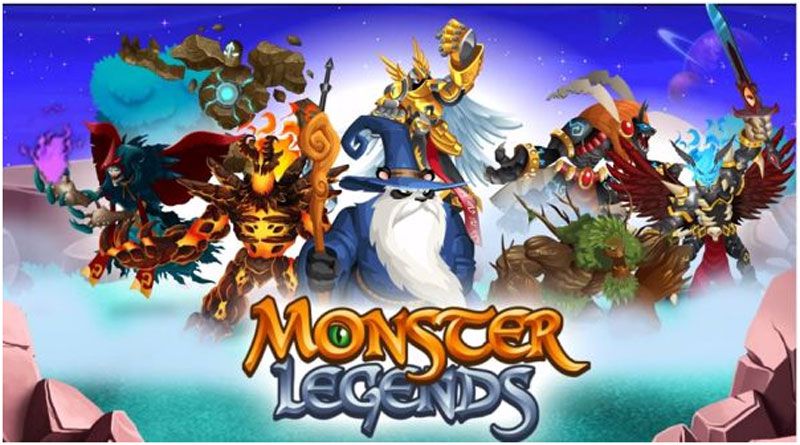 Day in and day out, technology is taking up the majority of peoples’ mind and needs. From the daily needs to clothing, stationary to gadgets, studies to entertainment it has provided humans all the facilities from a single place at the same time. With such basic things, also comes Gaming. If you reach out to matured brains, they are more prone to gaming when compared to a kid’s interest in such.

To meet the demands of a matured and grown up brain, coders have created wonders by making games like Monster Legend. If you are not familiar with this game then let me remind you of a scene. Have you seen many boys humbling over their phones, in your college canteen or your house locality or by your younger brothers? Well, they humble over Monster Legend.

The requirement is very simple- download the game in your phone or your PC, a strong internet connection.

Exceptionality of this game is that; instead of humans, there are monsters. All you train are monsters, fighting for you and you becoming a monster leader.

Another exception thing with this game is about its Paradise land; where you can breed the monsters. As far my concern reaches, this facility is very rare in any of the gaming applications.

Now, after reading the article to this line, I think you got a slight idea about the game if you were totally unknown to it. Now, let’s get to the details.

Monster legend is a very popular multiplayer game. All you have to do is, raise an army of monsters from unborn eggs to unnerving swordsmen. The army includes hundreds of fighters with each individually skilled. The monsters can breed and make their new hybrid species with new splendid power.

It is a multiplayer game that can be played from your web browser through Facebook, iOs, and android devices. You will be playing the role of a monster master and brewing an army of monsters to conquer different places. Now as you proceed, you’ll get a feature called monster paradise where; especially talented monsters reside and you can train them, feed them with your own hands. As mentioned earlier, you can make two different monsters breed and create hybrid creatures with different abilities; making your army strong. The equation is simple; more strong your army becomes, more loot you’ll receive; more higher your position will get.

You may like:  Reason to Car Rental Companies Now Offering GPS Integration

You can become the hero of this game by collecting more gems and unlimited battling. You can upgrade the monsters power and make them even more powerful. The only thing they demand is, gems, gold and food.

Features of the game:

Can be played in compilation style.

Having many strategies, styles, role-playing etc.

Wonderful graphics to get the real feel.

You can be a monster leader, managing, leading and strategizing the planet of monsters.

An abundant number of treasures to be discovered.

Too much adventure for all the time you play.

About hacks and cheats

Now, when games are made, gamers find some hacking techniques to master in the field. For this, you need to know the algorithm of the game. Once you know it, it’s easy for you to change it as soon as possible.

All about the Monster Legends Mod Apk:

In the latest version of Monster Legend, you will see many new and exciting features. One of them is the Monster Legends Mod Apk. This mod technique allows you to get free coins, food and gems. When you get free coins, it is easy for you to buy the weapons for the monsters to fight. Again, while getting abundant food, the monsters will be well fed thereby gaining physical strength. Also, more the number of gems, higher the place you get in the game series.

If you’re placed at a higher post, you will get new facilities and new relics. Relics are basically equipment that is brought by perks. Perks activate powers that make your monster stronger in battle. You can level up your relics to boost the perks with Monster Legends Mod Apk.

It lets you unlock some locked monsters which are the true beasts on the battlefield along with winning a 3 star and unlimited coins with your every attack.

While playing in multiplayer mode, you can create your own team and attack with unite. This will make the enemy monster unescapably and hence will accept their defeat.

For this, you have to follow the steps below, one by one:

Visit this page on Techylist.

A page now appears to you showing the download link of the apk file.

Enable all the unknown sources the app wants to access after placing the file on the phone.

Uninstall the current version of monster legend (only the mod version) that already exists on your phone.

After you finished downloading the apk file, it will get automatically installed in your device.

Monster Legend is a role-playing game and builds the capacity of strategy making. It is designed in a way where you can turn the fierce monsters into cute and cultivating monsters, virtually. It’s like your baby! You watch them hatching from their eggs; you feed them with your own hands and watch them grow a little bit every day.

So, my friend, download the latest Monster Legend Mod Apk if you have not downloaded it till now. It will bring the best experience to you.