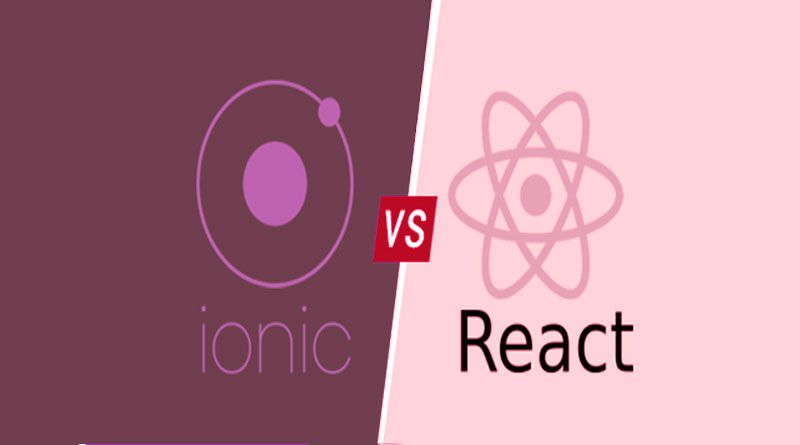 In the world of App development, an application framework acts as the skeletal support to build an application. Therefore, developers often get confused when it comes to choosing the right framework to develop mobile apps.

In the market of mobile apps, Facebook’s React Native and Ionic are on the leading edge of this technology. Still, there is always a debate over which framework is the best Ionic or React Native?

In this the use of code that can be shared across different modules of an application development. The execution of Application frameworks is not constrained to specific categories such as graphical user interface (GUI) development, but also in other areas like web-based applications.

When it comes to which is the best option: famous Ionic or React Native? It takes time to choose. Though the preference is basically on the usage experience. But this is the most crucial question that exists in the market.

When we talk about Ionic, it is an HTML5 mobile app development framework. The flexibility provided by this platform has the main motto “Write Once and Run Everywhere.”

This cross-platform framework is basically designed to build hybrid mobile apps. The working is dependent on gadgets like PhoneGap and Cordova and links the gap of the non-native app.

You may like:  How Does Your Business Benefit From High-Speed Internet?

React Native is famous and well-known Framework in the market. Moreover, it is developed by a software engineer at Facebook. It is mainly allowing the developers to build mobile apps for iOS and Android using JavaScript. Thus, it allows developers to utilize the existing code.

With the introduction of the mobile app development industry, it caused a great awareness. Facebook’s React Native has is a full-blown JS framework. The developers can create cross-platform software that is similar to native applications.

It acts as a catalyst that affects the performance of the app in a positive way. Apart from that, the best thing about it is that it uses native components for the front-end and does not require the employment of any browser.

Comparison of the React Native Vs Ionic in similar environments.

You may like:  Why does your company need a Mobile App for Growth?

When we talk about the differences between Ionic and React Native depends on approaches towards the application development. Moreover, React Native lets you build a mobile application with the standard UI blocks but the Ionic framework does not provide such an advantage.

React Native & Iconic both being a skilled framework in terms of time and cost effective. React Native an appropriate choice when it is compared to the Iconic framework.