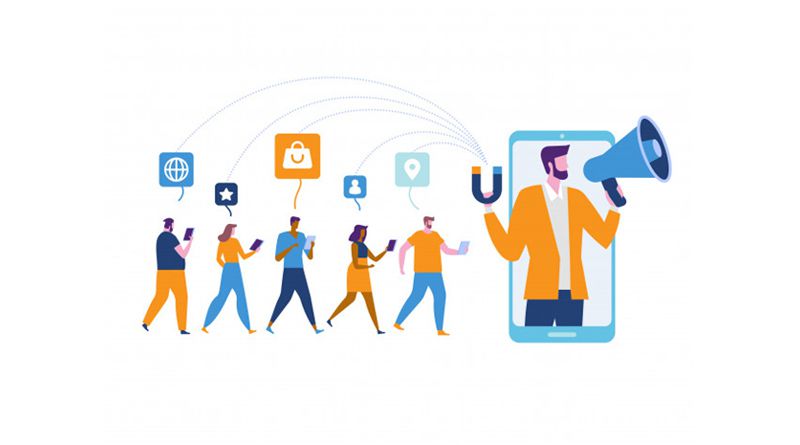 The global digital population has reached a peak of 4 billion active internet users worldwide. And this makes social media one of the most popular things all over the internet. The number of total social media users is skyrocketing, and most of them are active every day. Hence, it has become one of the beter platforms to convey your thoughts and advertise any products or services efficiently.

The wider audience base to target helps in maximizing the reach and allows excellent marketing efforts to shine bright as ever. However, marketing over social media is not as easy as it sounds. There are millions of competitors struggling to leave their impact, and as it is a global platform, there are multiple things to keep in mind before you decide to launch your campaign.

To make your social media marketing campaign successful, it is required to keep updated on the latest news. Following the current topics, you can strike an idea for your campaign that is very current and directly influences your target audiences.

And the trend of supporting positive change in society never gets old. By designing a  campaign that works in favor of upbringing a positive change, a business can thrive by hitting the right nerve of their potential audiences. Here are six such successful social media marketing campaigns that drove higher ROI (Return on Investment) and encouraged positivity.

The root of this campaign is back in 2014 when the ALS Association started the ice bucket challenge to collect funds and support further research and development for the cure of a condition popularly known as Lou Gehrig’s Disease, or ALS (Amyotrophic Lateral Sclerosis).

It directly impacts the body’s ability to move and results in complete paralysis after some years. The condition becomes noticeable when the patient starts feeling numbness in hands and legs, and hence, Ice bucket was used to check if a patient can feel it or not.

The campaign was massively encouraged over social media after Matt Lauer performed the challenge on The Today Show in 2014. People across the world started following Matt, and the challenge got shared over social media mediums multiple times. People began daring each other through the videos they uploaded of the challenge. Many celebrities also participated, and as a result, the ALS association was able to raise $115 million of funds that they would use for the cure.

You may like:  4 Reasons Digital Marketing Is Important For Your Business

This innovative idea took a tour around the world while society noticed the possible effects of ALS. And hence, this campaign became one of the most presentable and bright examples of awareness through social media marketing.

Dove is a global beauty brand of Unilever. Breaking free from society’s definition of beauty, Dove is encouraging women to participate in their “ShowUs” project that gives a glimpse of every woman who is not perfect. Dove is building a photo library where every user is inspired to share their photo with Dove’s #ShowUs to get a place. The campaign focuses on women and non-binary individuals who have to fight to make their names in the market.

The campaign is run through the users only where they post their pictures with the hashtag on their social media accounts. Dove is promoting healthy and honest beauty to inspire change in society’s mentality. The campaign went viral with over 5000+ images covered and many more to go. The campaign is running across 39 countries in the world and is powered by women even from behind the camera.

Gillette has promoted its products using its very famous tagline, “The best men can get” for years. But keeping the very trending “#MeToo” movement over social media in mind, they changed their tagline and put the focus on men empowerment. Gillette was caught among the controversies for not taking the “#MeToo” campaign seriously, and this campaign succeeded in negating the effect resulting in Gillette’s positive brand image built again.

While coping with the effects of this negative publicity had become necessary, Gillette took the best efforts to make their new tagline and associated campaign a hero in the market.

Even Gillette decided to donate $1 million for each year until three years to nonprofit organizations that work for the betterment of boys’ lives. You can achieve the same results for any products you promote, e.g., uber taxi clone, razors, manufacturers, or any other. Breaking the barriers of toxic masculinity, Gillette left a mark on social media mediums that resulted in responses from audiences all over the world.

Airbnb was caught among major controversies when a customer of theirs filed a complaint of discrimination against them. Following the same, many cases of discrimination opened, and Airbnb secured a lot more negative publicity that endangered its reputation of being a trustworthy firm in the market. And to cope with the effects, Airbnb started its anti-discrimination campaign, #weaccept.

You may like:  Why Email Marketing is Important for Your Small Business in 2022

Under the same campaign, it released a video ad showing what Airbnb believes in and how they consider their customers a priority. The video ad received millions of views and boosted the trust in Airbnb from audiences worldwide. Along with keeping their campaigns inclined to bring a good change in society, Airbnb never forgets to boast of the beautiful homes and stays their hosts have to offer!

Make-a-Wish is a nonprofit organization that aims to help children around the world who are diseased by fulfilling their wishes and raising funds for doing so. Their Facebook page and posts are worth checking out and will immediately leave you a strong urge to donate right away for the good of the kids. They help kids around the world by fulfilling their wishes and dreams.

But why did this become so popular? Multiple points make their campaign a hero of the market. First, their excellent video marketing skills as they make the child a hero of the entire ad, which manages to give you a strike of emotions. They choose the right audiences to approach and build their brand voice unique as ever to deliver the best results.

Charmin released their sit or squat app for the public to share the information on the cleanliness of public toilets and share whether they will sit (use) or squat (not use). Not only it focused on collecting the information on public toilet cleanliness, but it also delivered a sense of care for people to let them know whether they will find clean toilets locally or not when they are traveling.

The approach to this problem of people was very fresh and fun. This made their company famous around the world, and the cool campaign was noticed by many leading marketers and appreciated. While you are concerned about marketing your brand, you can also align them with the good of society and receive a tremendous response in return.

There always is a way to achieve the goals you have set. By aligning them with the best of society, not only your marketing goals score a great jumpstart, but you can also contribute your best efforts to the good of society. A significant change requires a lot of effort put behind, and especially when the awareness of internet usage has given an added advantage, it is wise to choose the best and innovative practices when designing your marketing campaigns.

Deep is a serial entrepreneur and blogger who wishes to support the ground transportation industries with his writings. He covers up all the known and unknown facts around the industry and puts it together to create trending articles across different websites. He also includes details on the latest trends, fun facts, business expectations, strategies, and models to follow to achieve success in the transportation sector.

2 thoughts on “How a Social Media Marketing Campaign Can Inspire Change in Society: 6 Examples”