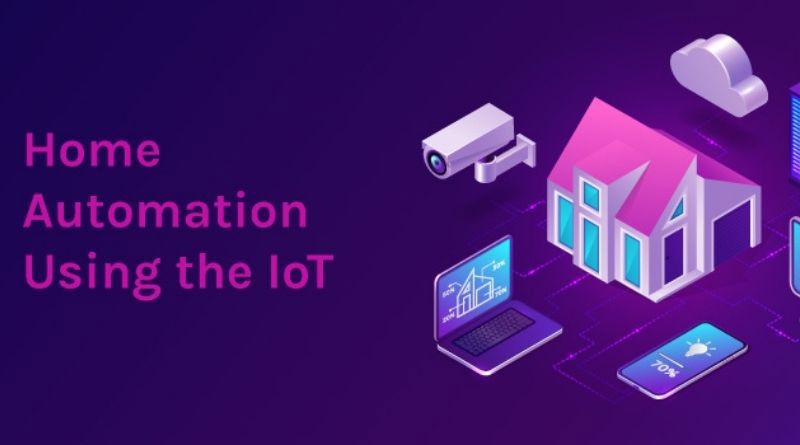 Digital technology is revolutionizing the way we live and spend time with smart gadgets and electronics at home. IoT (Internet-of-Things) technology, smart sensors are hugely impacting our lifestyle, viz., smart-IoT sensors know our tastes for food,music,our timings to go to bed and wake-up time, our preferred AC temperature, etc. So, smart IoT-enabled sensor devices like smart plugs control the lighting system of our homes, as well as the overall security and surveillance systems that help us to stay stress-free and relaxed.Using our smartphone app/mobile app,we can control these devices.We don’t have to worry about home security anymore.But,how IoT is contributing to home automation functioning?In this blog, we will discuss the role of IoT in smart home automation.

Home automation is widely rebuilding consumer expectations via varied IoT-led applications facilitating smart living across the globe. These new-age consumers can be termed as digital consumers who depend on their mobile phone apps and IoT sensored gadgets connecting over internet/wifi networking systems.

Following are the areas where digital consumers can seeIoT-led home automation:

The list of applications will go on as home automation is not a new thing but has become more digitally capabled and powered with AI-IoT-sensored technology. Thus,these are the areas where IoT technology is facilitating home automation.

The components that are involved to build the prototype oftypical home automation are:

For home automation, there are numerous IoT sensors and gateways involved. Usually, the coding languages used to write firmware are Python, C, JS, Node, and a few others.

For IoT-Cloud, bigger companies can be divided into IaaS (Infrastructure as a Service) and PaaS (Platform as a Service).

You may like:  Make Your Journey Easy and Enjoying with Translator Device

It depends upon your specific requirement that IoT-powered smart sensors are selected for home automation. Following is the list of commonly used home automation sensors that we will discuss now!

IoT-enabled sensor technology is the science behind video surveillance cameras functioning and operating. Specific hardware development kits, webcams, video cameras, are commonly used under the video surveillance technology. USB ports and other relevant hardware do the integration part while modules are specifically developed for cameras for their exclusive functionalities.

There exist plenty of temperature sensors in the market. Some of them are DS18B20, DHT11/22, LM35, from Tl series, MSP430. The very Tl series  MSP430 is considered better than others in terms of accuracy,efficiency.However, it is also very expensive for prototyping /product-testing purposes at the initial phase. Another significant feature of this sensor type is that it is an energy-saving and energy-efficient IoTsensor for temperature control and management.This model stands on the top of all temperature sensors just due to its fine precision nature and low-battery consumption feature. On the other hand, DHT11 and DHT22 don’t have quality accuracy and sufficient temperature range. However, analog temperature sensors like the Dallas temperature sensor can be an accurate type of handling extreme temperature control like 0.5 degrees.

Developers use specific sensors that are hugely powered by IoT technology, towards measuring particular components available in the air. Some of them are as follows:

You may like:  How to use virtual phone numbers to bypass SMS verification

These sensors require specific time to deliver accurate values and results because of their exclusive heating period.

As a prototype developer, you can consider a solid-state eTape liquid level sensor, or, an HC-SR04 ultrasonic IoT sensor that helps in measuring water levels. Other water level sensors are ICs like LM1830(float sensors)  that can conduct better and precise measurements of water levels giving better capabilities to IoT developers developing prototypes.However, this type of IoT-water-level sensor is very expensive as compared to other types under the category.

IoT-enabled sound detecting sensor is an important type for home automation as it helps to detect sound that is critical in many use cases. For example, the sound detection sensor helps to monitor babies, turning on and turning off lights as per requirement. Then, detecting the dog’s bark/sound,  the door opens automatically and allows the dog to get inside. Some examples are SEN-12462, EasyVR Shield,these sensors are ideal types for fast prototyping.However, these IoT-powered sound detecting sensors are not as powerful as those used in manufacturing facilities,or the industrial grades.For industrial use,3 D signals are used that can detect ultra-low levels of noise/sound created by machines,humans,robots,etc.

IoT-enabled Humidity sensors can sense and detect RH or the humidity levels in the atmosphere/air for a smart automated home. The precision level, accuracy level depends on several factors such as the overall sensor placement,design, and so on.However,specific sensors like DHT22 or 11 built don’t perform asaccurately/efficiently as high-quality ones in the form of Dig RH,HIH6100.

The IoT (Internet-of-Things) technology is penetrating our daily lives in varied ways, making our lives comfortable as well as secure. Safety, security is paramount, and as per Statista predictions, there will be a massive 30.9 bn IoT connections (the active ones) by the year 2025. This shows the significant impact that IoT(Internet-of-Things) technology is consistently having on smart home automation across the globe.