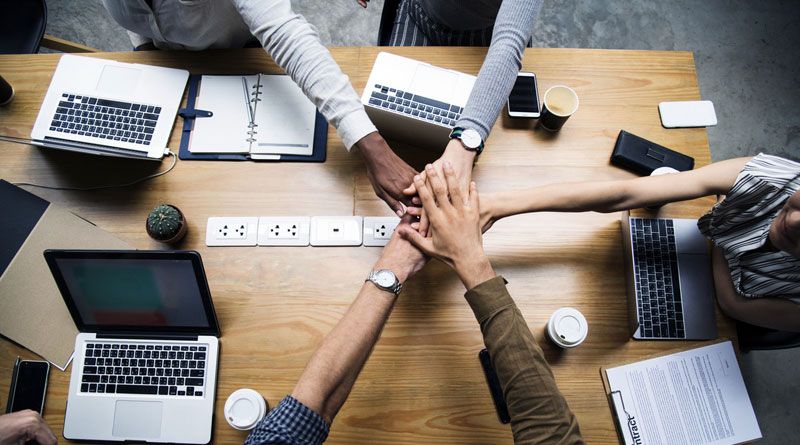 In the business world, there’s no such thing as a new idea. The best we can hope for is to identify the business practices that make sense to us and to emulate the companies that we respect and admire, which is why so many books are written about companies like Apple and Google.

It’s certainly true that companies are defined by the people who work there, and many of the most noteworthy business success stories came about because of some visionary or other who took an idea and made it a reality. And while we can’t all be a Steve Jobs or a Bill Gates, we can at least learn from them.

And so with that in mind, we’ve pulled together eight of the most iconic business success stories in recent years to give you some inspiration and to get you started on the path to success.

Not many companies can say that they owe their existence to a poker tournament, but that’s exactly how BloomNation got its start in life. Founder David Daneshgar needed $30,000 to get his business started, and so he decided to put $1,000 down to enter a poker tournament. This wasn’t an unusual move for Daneshgar because he’d previously won the World Series of Poker in 2008. Daneshgar went on to win the tournament, telling his friends that it was “flower time” at the end of the climactic final round.

BloomNation has launched shortly afterward with the winnings, with the mission of connecting florists with customers in a similar vein to JustEat or Uber. Several years on, the company is still going strong.

Founded by Chicagoan software developers Matt Maloney and Mike Evans, GrubHub is all about helping hungry people to find food without needing to call every different restaurant in the area. What’s interesting here, though, is the way that the company was founded in the first place.

Evans and Maloney used to work together at Apartments.com, and it was while working there that they had the realization that there was a gap in the market for an easy, convenient place to order food. GrubHub was born shortly afterward, and it’s now a publically traded company worth billions of dollars.

You may like:  4 Things You Have to Do to Keep Your Business on Top

“Not many people realize that Trader Joe is a real person,” explains Kevin Andrews of BestDissertation.com. “It might not seem as though there’s much in common between an assignment writing company and a grocery store, but ‘Trader’ Joe Coulombe is an inspiration to us because he built a business around putting employees and customers first.”

The first Trader Joe’s was opened in Pasadena California, and it was able to compete with other grocery store chains because it had a different approach to doing business. Joe Coulombe stocked only the best quality products and went out of his way to hire a great staff and to pay them a rate that they deserved.

Howard Schultz is one of those iconic businessmen who’s so well-known that he’s managed to cross over from the boardroom and into our living rooms. What most people don’t realize, though, is that Schultz got his start when he was working for a coffee bean roasting company and he spotted an opportunity.

Schultz took a trip to Milan and realized that he could take the idea of the Italian espresso cafes and bring it to America. The company that he worked for had no interest in opening coffee shops, but they did agree to fund the endeavor. They even sold him the brand name, “Starbucks.”

Apple’s early days are the stuff of legend, thanks mostly to Steve Wozniak and Steve Jobs and the way that they got their start by building illegal devices. Back in the early days of computer hacking, the two entrepreneurs started “phreaking”, breaking into the telephone network to make long-distance calls for free. Wozniak and Jobs later went on to work the night shift at Atari, developing game software and experimenting with the latest hardware.

“We spend so much time writing about Apple that we should send them an invoice for the free publicity,” says Kevin Schwab, who heads up a team of essay writers. “Part of that is because of the mystique surrounding Steve Jobs, but part of it is also because Apple singlehandedly rewrote the rule book and changed the way that we do business.

The interesting thing about WhatsApp is that it represents the American dream. Born into poverty in a small Ukrainian village, WhatsApp founder Jan Koum emigrated to California with his family and started to develop an interest in computers and computer programming.

You may like:  Procure-to-Pay Automation: How it Benefits Your Business

Koum was eventually hired by Yahoo! at the age of eighteen, working in the role of an infrastructure engineer. He worked in the digital industry for twelve years, honing his skills along the way, before eventually launching WhatsApp in 2009. Five years later, he sold the company to Facebook for a cool $19 billion.

Back in 1945, when Sam Walton opened his first general store, he had to rely on a $25,000 loan from his father-in-law. Money was tight for several years, but Walton kept his eye on the prize and focussed on keeping overheads as low as possible to maximize profit, which is why the company was able to become so successful. Walton eventually went on to become the wealthiest man in the United States.

Founded by Eric Yuan, Zoom is another great example of the American dream in action. Yuan first came to the United States in the 1990s to take advantage of the explosion of internet startups, but it wasn’t all smooth sailing. It took him two years and nine applications to be granted a visa.

The Zoom itself is a communication platform that was born out of a daydream when Yuan was in a long-distance relationship. It’s now used by hundreds of thousands of companies to bring employees together even when they’re spread out across multiple locations in different parts of the world.

The eight companies on this list got to where they are today through a mixture of innovation and creativity, and we can learn a lot from the way that they approach both life and business. Of course, there’s no guarantee that what worked for them will work for you. That doesn’t mean that it isn’t worth trying, though.

Ultimately, there’s no right way or wrong way of building a business, and it falls to you to figure out what works best for you. If you’re able to learn from those who came before you then so much the better. Good luck.

Sara Williams is an editor, essay writer, and journalist from San Jose. She likes to read the world classics, traveling, to engage in yoga. Almost all spare time she spares to reading. Meet her on aussiewritings.com

What Is a Decreasing Sum Assured Term Plan?

Working Out the Best Times to Enlist Professionals in Business

5 Leading Online Merge Pdf Tools and Descriptions of Their Features