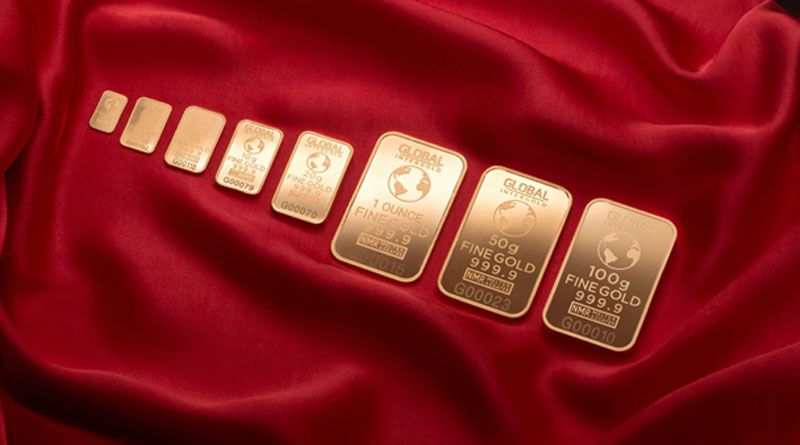 A lot of young investors are wondering about what is the ideal portfolio. There are a few obvious choices that should be included in the list. You need to have a few of your holdings in real estate, another part in stocks and bonds, and then the list can become broadened.

A lot of millennials are including cryptocurrencies like Bitcoin and Ethereum in their investments. They’re putting a lot of money into the digital representation of gold without doing research on the real thing. Follow this link for more info https://www.ndtv.com/business/gold-prices-today-gold-rates-up-silver-prices-decline-2595469.

There are a lot of reasons to be investing in Bitcoin, and there’s no debate that it’s one of the best inventions of the 21st century. However, this asset still hasn’t proved itself in a time of crisis. Gold has been the silent killer of fiat currency for thousands of years.

That’s why it makes sense for everyone to allocate anywhere between 10 and 15 percent of their entire net worth and keep it locked in a safe in the case of an emergency. You don’t need too much, and the metal is not as heavy as you might think. A million dollars in gold weigh around 35 pounds, which can easily be transported and maneuvered.

The most important question you need to answer before investing is how much risk you can tolerate. If you’re someone that doesn’t care about what happens to your money, then crypto is the optimal world. It’s full of volatility, and a single day can either make you millions or make you lose the same amount.

At the moment, a lot of newbie investors are getting into the game looking to make enormous profits. But in order for you to make a profit, someone else needs to lose. That’s not something that experts are willing to do easily. There’s also the whole new trend of meme coins where a group of people decide to buy something and artificially increase the price for a few days.

You may like:  Tips for maximizing investment in your crypto

If you don’t know what you’re doing, you can lose all of your savings. There are success stories where people have made millions overnight, but there are way more negative experiences than positive ones. On the other side of the risk spectrum is precious metals.

You buy bullion, and you take a look at it. That’s just a piece of metal, and it never changes. It will remain in that form until it gets melted and transformed, which is not likely to happen in the near future. That’s a status symbol, and it has been such for thousands of years.

It’s something that computers and trading bots don’t take into consideration because it doesn’t change fast. That’s what makes precious metals the ultimate investment for transferring your current money into the future. Click here to read more.

Gold will not change in the following decades, but the world around it will be completely different. It’s going to be worth more because there will be less of it, and we need it as a conductor in phones, jewelry, and electronics. There are a lot of financial dangers in our time, and you need to take the necessary precautions and analyze your position in comparison to a different future.

The macroeconomy of the world is in a bad state at the moment. We’re facing a crisis of unmatched proportions, and there are a lot of people and institutions to blame for it. However, pointing the finger at anyone will not help.

Instead, you need to have a plant and be ready for what’s to come. Europe wanted to become the leading continent in green energy. This includes wind farms and solar panels. Of course, the entire world has agreed that fossil fuels are not the best way to create electricity, and the European Union looked at their options.

That’s all great, but they didn’t take into consideration that we’re going to face a pandemic that will halt the entire world for two years. A more in depth review can be found here. This put a dent in their plans, and there are going to be electricity shortages during the winter. The same thing is true about the United States.

You may like:  How Crypto Trading Can Create Passive Income

Apart from that, there were a couple of conflicts between Russia and Europe with regards to regulating gas, which is another problem in itself. Prices are increasing, which means that the rich are going to become richer, while the poor remain at the bottom. Life expenses are going to be more costly, and there’s nowhere to run from fiat currencies.

Governments keep printing more money to ease the consequences of the pandemic, and prices are increasing everywhere around the world. It’s happening in every country, and the bubble needs to pop at one point. When that bubble pops, you want to be on the side that has hard money like gold.

During times of crisis, the values of currencies decrease. That’s one of the laws of economics. Everyone stops believing in the government, and they start saving money because they think the future will be even worse.

That’s the worst scenario for banks, which function mostly on getting interested from their consumers. When that stops, the entire world trade comes to a halt. Prices keep increasing while people keep holding on to their money.

Eventually, the paper that we hold in our hands is going to be used for nothing else than keeping us warm. The one thing that will survive is gold. That’s because there have been multiple attempts to introduce fiat into the world, and they’ve all failed. Gold has always been the victor in the fight with fiat, and history has a tendency to repeat itself. In the following years, the people who have been preparing for a crisis will prosper, while the ones who haven’t will suffer. That’s why you need to become more equipped to deal with repercussions. Economic catastrophes happen once every decade, and it makes sense to look at the events that happened in 2008 and compare them to the current climate.