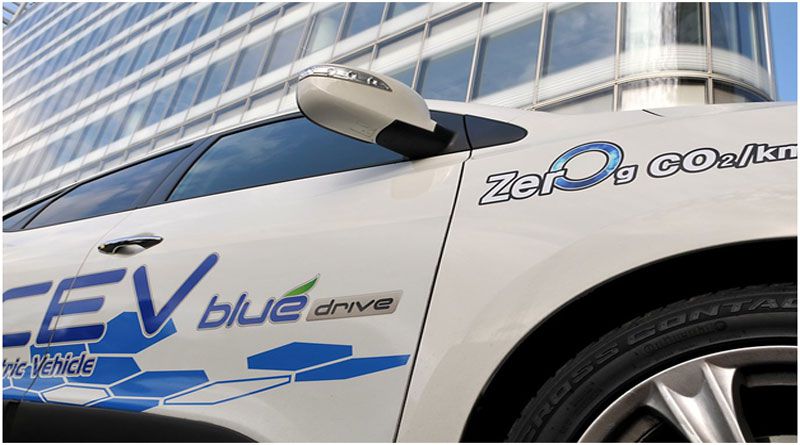 Gasoline engines live their last years. Even if you now can find a good choice of Budget car rental in San Diego CA for traveling around the US, then probably by the middle of the 21st century, vehicles using oil as fuel will finally disappear from public roads.

What will replace them? Most likely, it will be electric cars. This technology is now developing particularly actively. But there is an alternative – the fuel can be replaced by hydrogen cells.

You may have already heard about hydrogen cars. Of course, today this technology is considered to be exotic. This caused partly due to poor infrastructure. For example, now in the USA there are about 15 thousand charging stations for electric vehicles, while stations with hydrogen cells are located only in California. However, it would be imprudent to write off hydrogen technology. Here’re 7 real-life hydrogen cars, many of which are more efficient than any electric car.

Toyota has been working on the hydrogen car the longest in the world. The company has dedicated this technology to more than 23 years.

Toyota Mirai began to be supplied to the Japanese market in 2014, but sales in California started only in October 2015. In total, 836 vehicles were sold throughout the state. By 2020, Toyota plans to sell 30 thousand copies of Mirai worldwide.

You may like:  4 Benefits of Having Protein Bar as Your Snack

Mirai is equipped with frontal radar. The on-board computer is able to recognize obstacles and, if necessary, activate the brakes. Also, the car is equipped with a system that monitors the traffic lane change. If the driver on the road is distracted, the computer will give the driver a signal.

The car interior is full of touchscreen displays. The upper display controls the navigation, while the lower one is used for air conditioner and the audio system.

Honda began selling Clarity at the end of 2016 in California. On a single fuel cell, this car can travel 366 miles (589 km). In fact, this is an absolute record for cars with non-petrol engines.

At the same time, unlike electric vehicles, the refueling process of Honda Clarity lasts not more than five minutes.

Lexus showed only the appearance of its hydrogen car. The company plans to release the car to the market only in 2020. Probably, the specifications of the car will be known earlier.

The electronic filling of the car promises to be incredibly advanced. For example, according to the developers, all systems can be controlled by using voice or gestures.

For the first time, Audi H-TronQuattro concept car was appeared at the annual Detroit Auto Show. The developers claim that their hydrogen car will be able to drive 372 miles (598 km) without refueling.

This car can accelerate from 0 to 100 kilometers per hour in 7.1 seconds. The H-TronQuattro is equipped with a ‘virtual cockpit’. Thus, all controls, except for the steering wheel and pedals, are presented in the form of touch displays.

The car features a smart assistant driver, which displays a 3D map of the area on the dashboard in real time. This should help the driver to better navigate the road.

You may like:  The facts that you need to know before getting a dental bridge

Car interior is very spacious. The headrests of the driver and front-seat passenger have monitors installed.

It’s unclear whether Audi is planning a serial production of the H-TronQuattro, or everything will be limited to a single concept car. But, anyway, the company is exploring hydrogen technology.

The Italian company Pininfarina presented H2 Speed ​​hydrogen-powered sports car. The vehicle accelerates from 0 to 100 kilometers per hour in just 3.4 seconds, while the top speed of H2 Speed ​​ is 186 miles per hour (299 km/h). Refueling takes only three minutes. True, the developers haven’t yet reported what distance the car can cover without visiting a gas station.

H2 Speed ​​will enter the market in about a year. The cost of the car will be about $2.5 million.

Perhaps this is the most beautiful and powerful car recently introduced by General Motors. This car is designed for the US Army. It has 37-inch wheels. Its height is 198 cm and its width is 213 cm.

Representatives of General Motors claim that during the tests have already managed to drive on hydrogen about 5 million kilometers. However, the company still keeps the characteristics of this particular SUV a secret.

Mercedes-Benz is developing a hybrid that combines the features of an electric car and a car with a hydrogen engine. The novelty is called GLC F-Cell. According to the developers, about 30 miles (48 km) the car can drive by using electricity, and in combination with hydrogen, the distance increases to 310 miles (498 km).

The hydrogen tank will be filled in just three minutes.