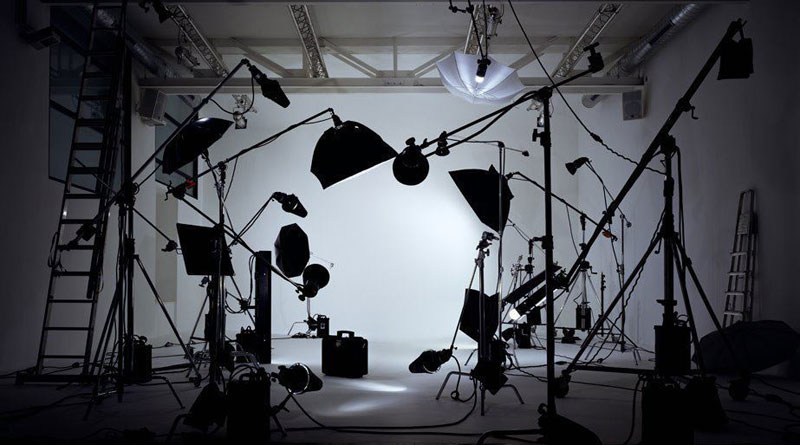 As capturing footage on film or memory card ultimately boils down to light and shadow it always helps to have some tricks and tips up your sleeve to get the most out of what’s available. Often daylight is quite out of our control and it may just be a case of patience or luck that brings out the right light but oftentimes indoor shooting requires careful and precise mastery of the lighting. In this list you’ll find some sage advice to help you capture the best-lit shots.

1 – The Importance of Lighting

Firstly, let’s look at why it’s so important to get the lighting right. We aren’t always aware of it but the right lighting helps to focus the audience’s attention either because we’re watching the actors play out a scene or it could be to obscure something. As a filmmaker you can direct and divert attention by using lighting intelligently. Not only the light in itself is significant but so too is the colour it casts on the character or subject. Different colours can mean a lot depending on the content and context of a film – indeed there are entire books written on colour theory and the symbolism behind each colour and certain combinations. Even brightness can help to inform the audience if you want it to.

No matter how you use it, these things are often picked up on by the audience whether consciously or unconsciously and really go far to inform the audience. Lighting can sway the audience’s feelings and can even inform us of certain character traits that aren’t obvious. Some are quite evident though, think about star wars and how colour choice affects the very basic good or evil traits.

This is essentially ‘lighting 101’ which is the 3-point lighting system that can generally be applied to most subjects at least to test lighting conditions. The 3-point system is key light, fill light and back light. So what are each of the three lights’ purposes? Let’s assume that the subject in this instance is a person, the key light serves to illuminate the actor’s face and cast a shadow across it; the fill is place in opposition to the key thus softening any harsh shadows and obviously the back light is a light source that is illuminating the subject from behind. The combination of the three means that the subject is perfectly well-lit at all front-facing angles.

You may like:  A Guide On Choosing The Right Transport Means

With this simple 3-point lighting system, it’s possible to play around with the formula to get the best results depending on your circumstances. This system ensures that the subject is quite distinct from the background or anything that you don’t want to be the audience’s focal point.. It also gives more of a three dimensional feel to the frame, it’s less flat when you have dynamic lighting from different angles.

No doubt you will have heard of golden hour sunlight which is very often the optimal time to capture footage because of the soft light and also the long shadows cast on the ground for dramatic effect. Golden hour light really distinguishes objects and subjects within the frame which is why there are so many break-of-dawn shoots or sunset shoots to capture this special light. Despite this, there are certainly occasions when other times of day are used for a scene – you may even want grey and wet! However if you are using the golden hour light  you need to think about the angle of light from the sun and maybe have a few reflectors to fully illuminate the subject.

A lot of daytime shooting can of course be adjusted in post-production but it’s helpful to practise only with available natural light to see what works and what doesn’t. There are plenty of exercises to practise the craft of filmmaking but as with any skill; the amount of time and effort put in generally equates to the standard of the end result. Sunlight is captured differently by different cameras, lenses, film and sensors so be sure to be confident and comfortable with yours. Again, there are presets now which emulate certain film or you can apply your own to give certain results but it really does go a long way to practise with just the camera and the light to see what you can achieve.

You may like:  Online safety for children: instructions to use

When you shoot with artificial lights, it’s important to test white balance in-camera or perhaps with a light meter to ensure that you can then adjust settings like white balance and exposure correctly. Before camera automation, there was a Sunny 16 rule which is: On a sunny day with ISO 100 film set the aperture to f/16 and the shutter speed to 1/100 seconds. The ISO value and shutter speed must mirror each other while the aperture stays the same (f/16) so ISO 200 film would mean 1/200 seconds shutter speed for instance. Nowadays this is done automatically but there’s still practicality in at least being aware of the rule.

You might also want to be aware of filming indoors and outdoors while also maintaining colour temperature consistency. If you’ve got a preset on while filming outdoors and then you film a sequence indoors, it might be easier to correct the palette in post. It’s generally desired to keep a consistent gradient and colour palette but you might want to adjust it for indoor scenes to get more accurate and true-to-life colours.

Experimentation is essential for any progress or development to be made. Certain moods or colour schemes are only discovered through trial and error; think about all the lighting accessories we have nowadays: diffusers, lighting gels, reflectors, strobes, softboxes to name but a few. These have all entered the wider marketplace thanks to early filmmakers’ efforts to achieve their desired results by experimenting with what they had available. Film Noir basically exists through its use of low-key lighting to affect a certain mood throughout the film.

There is always space for creative experimentation, after all it’s a creative industry! Getting the right lighting is arguably the most important aspect of a film – it influences mood, directs attention and informs the audience. Mastering lighting is an art in itself and capturing it on film is another challenge but with time and effort, great things can be accomplished.

Andrew Farron works for Fable Studios, a Creative-led boutique video and animation studio that creates tailored brand stories that endure in your audience’s mind. Fable combines your objectives with audience insights and inspired ideas to create unforgettable productions that tell the unique story of your brand.